The Jacksonville Jaguars apparently got sniped on a player they were hoping to select with the second of their two first-round draft picks on Thursday night, according to head coach Urban Meyer.

The former Florida and Ohio State coach, now in his first year in Jacksonville, teased the near-miss on Thursday in the wake of the first round action, according to Field Yates of ESPN.

Meyer later clarified that the player he was eyeing was Florida Gators wide receiver Kadarius Toney, Yates reported. Toney was taken 20th overall by the New York Giants -- five picks before the Jags were due to spend their second first-rounder, after selecting Clemson QB Trevor Lawrence first overall.

On Thursday, Urban Meyer said on the ESPN Draft broadcast that a player was taken before their selection at 25 that "broke our heart" to not be able to pick.

Today, he revealed that player was new Giants WR Kadarius Toney. Such a dynamic player.

In fact, the Toney pick could have played out different if not for a flurry of trade activity that ultimately led the Giants to move back from their original first-round pick, No. 11 overall.

The G-Men were leapfrogged by the Philadelphia Eagles, who promptly selected Heisman winner DeVonta Smith, widely reported to be the object of the Giants' affection. The trade back was said to mark the first in New York GM Dave Gettleman's career.

With Smith gone and the Giants now sitting at No. 20 following their trade with the Chicago Bears, they apparently chose who they deemed to be the next best playmaker available, in Toney. 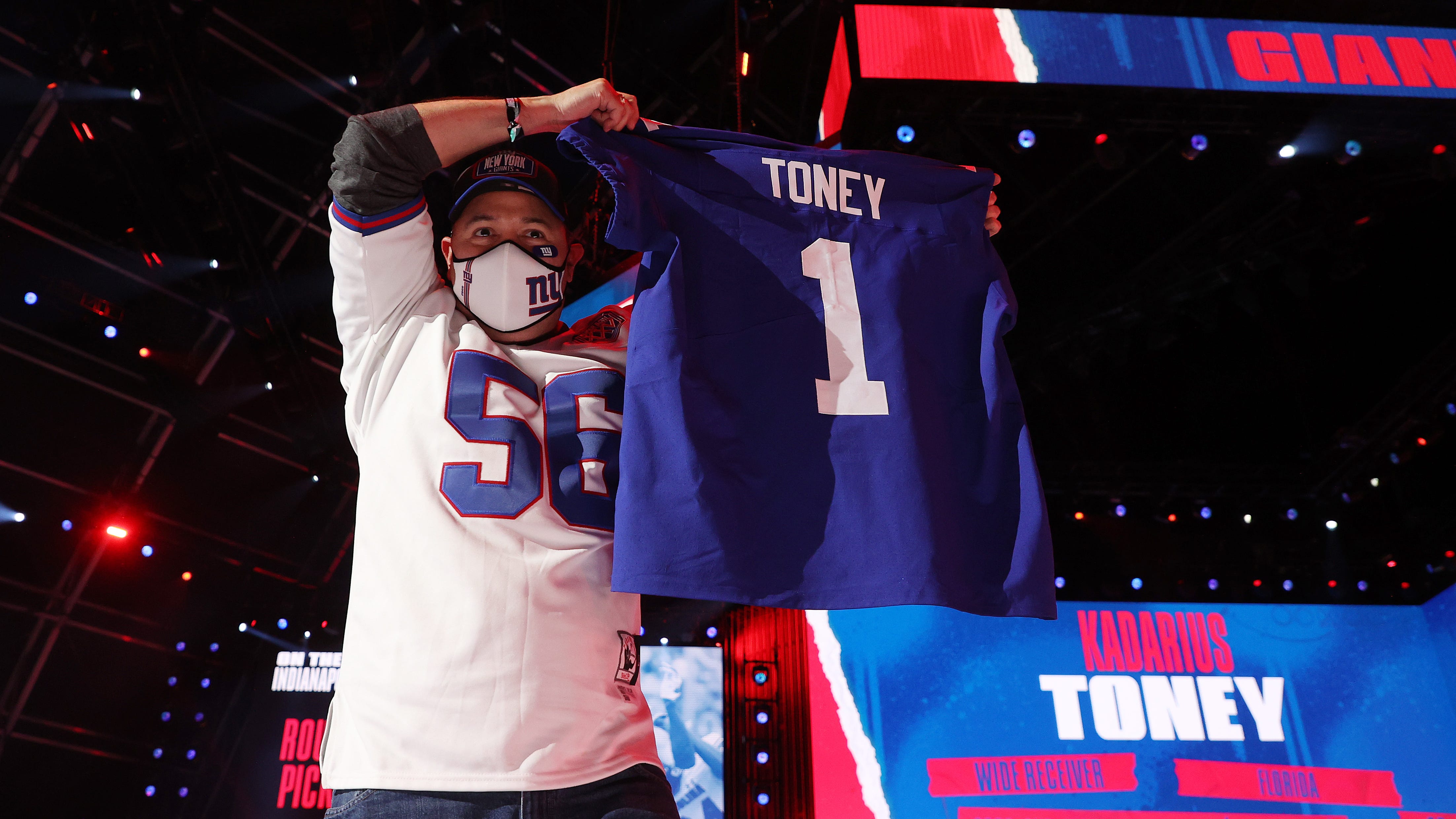 Toney, who turned 22 in January, broke out in a major way in 2020, posting career highs in virtually every category while shaking off a sluggish start to his college career due to injuries and questions about his position.

The native of Mobile, Alabama, played quarterback in high school, and was featured in Florida's backfield at times last season, as well as in the return game, further adding to his appeal in a league that seems to be increasingly valuing versatility on both sides of the ball.

Playing alongside fellow top-65 picks in tight end Kyle Pitts and quarterback Kyle Trask in Gainesville last season, Toney broke out for 70 catches, 984 yards, and 10 receiving touchdowns. He also carried the ball 19 times for 161 yards and a score.

The big season caught the attention of many -- including, apparently, Meyer.

With Toney gone, the Jags instead took Clemson running back Travis Etienne, a pick that was questioned by many observers on social media.