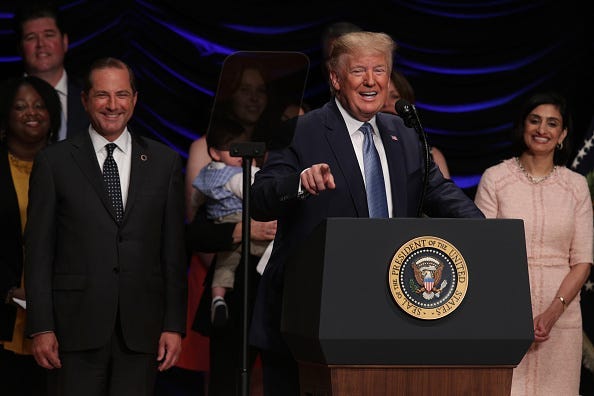 President Trump announced that he plans to hold a press conference Friday at 3PM to address the coronavirus crisis, as concerns over the spreading outbreak wreak havoc on the economy and American life. You can watch the live broadcast below!

WHAT AN EMERGENCY DECLARATION MEANS

"I will be having a news conference today at 3:00 P.M., The White House. Topic: CoronaVirus!" he tweeted.

I will be having a news conference today at 3:00 P.M., The White House. Topic: CoronaVirus!

Declaring an emergency under the Stafford Act would allow Trump to mobilize the Federal Emergency Management Agency (FEMA) and direct federal aid to states. Such a declaration would allow a state to request a 75 percent cost-share for expenses such as emergency workers, testing, medical supplies, and vaccinations, Democrats reportedly had said in a letter sent to the president.

The announcement comes as major sporting and other events are called off or postponed, businesses across the country institute telework policies, government buildings, and schools shutter and other disruptions rock the nation, amid efforts to curb the transmission of the virus. It also comes amid conflicting reports over whether another person who came in contact with Trump in recent days -- Brazil’s President Jair Bolsonaro -- tested positive.