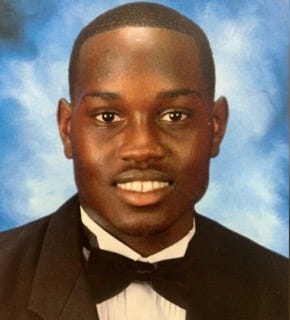 Joyette Holmes is hopeful that the trials of the 3 men charged in the murder of Ahmaud Arbery in  Brunswick, Georgia will go to a jury sometime in the spring. But then the Republican Holmes would no longer be the Cobb County District Attorney, after losing her election bid on November 3 to Democrat Flynn Broady.

The Cobb County Judicial Circuit was chosen to oversee the prosecution, after previous officers of the  court in the far southeastern Georgia town had failed to bring charges against the men allegedly responsible for Arbery’s death.

Holmes has been on the case since the beginning, and was in Brunswick Friday when a judge denied bond to Greg and Travis McMichaels in the death of the young Black man.

The 25 year old Arbery was chased, shot, and killed by the men while he jogged through a neighborhood in February. They were not arrested and charged until May.

A third man William “Roddy” Bryan, who had filmed the McMichaels’ confrontation with Arbery, had been denied bond earlier.

When she was sworn in as District Attorney on July 1, 2019, Holmes was the first black and first female in the position. She was also the first Black Chief Magistrate Judge in the county.