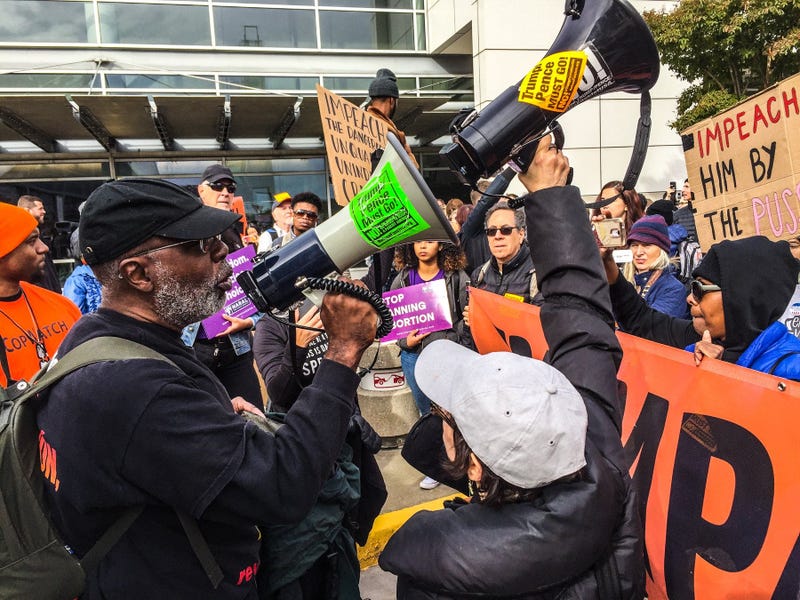 “Four more years, and it could be too late”, says Carl Dix, “to change the course of history as the Trump/Pence regime sabotages the election and drags humanity to the edge of extinction.”

As President Trump ramps up legal challenges to the outcome of the presidential election, his supporters have announced plans for a ‘Million MAGA March’ Saturday in Washington, D.C.

Dix, who describes himself as a 'longtime revolutionary' plans to be among the counter protesters.

Dix is a leader of the group Refuse Fascism which he says has organized and protested since Trump and Vice President Mike Pence took office.

The group even took out a full-page ad in the New York Times this week. The ad included a ‘Pledge to the People of the World’  which read in-part “We do not comply with a regime putting targets on the backs of Black, brown, and Native people denying women control of their bodies, forcing LGBTQ people back into the closet.” The pledge was signed by political activist and social critic Cornell West and others.

Reports indicate the pro-Trump groups at Saturday’s protest will include the Proud Boys, Stop the Steal, and the Oath Keepers.

Dix says Refuse Fascism will hold rallies in D.C. and other cities across the country, including 3pm Saturday at Piedmont Park in Atlanta.