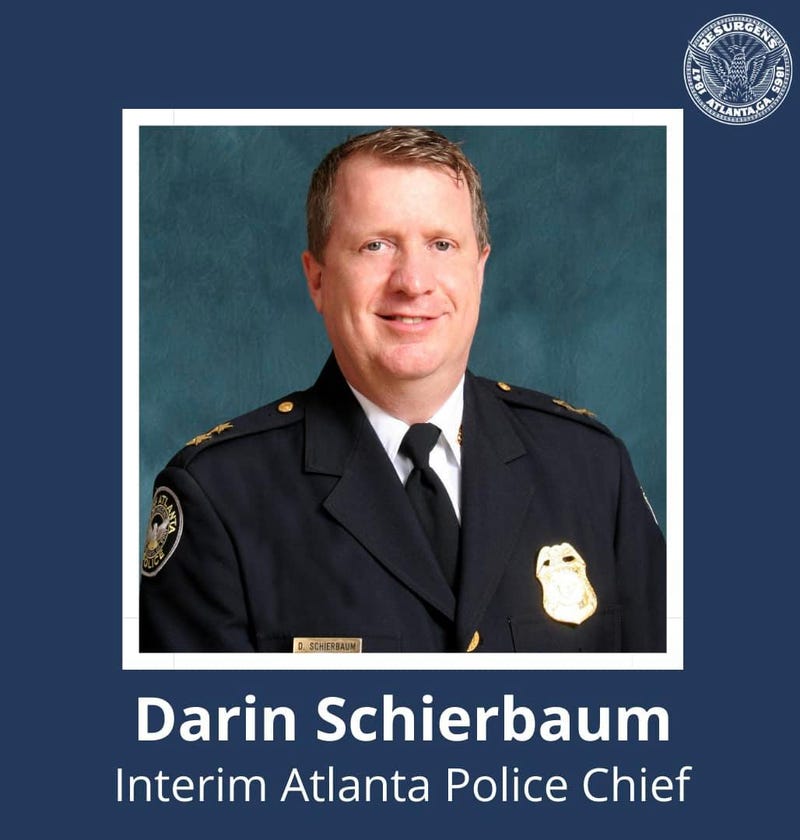 Twenty-year Atlanta Police Department veteran Darin Schierbaum is the city's new interim police chief. Mayor Andre Dickens made the announcement Tuesday saying he was looking for someone who knows and loves Atlanta and that Schierbaum is that person. Dickens added that the nationwide search for a permanent chief continues, and he hopes to have a decision by the beginning or end of October.

Schierbaum, currently the Assistant APD Chief of Police, is the temporary replacement for Chief Rodney Bryant who is retiring for the second time on Wednesday.

Dickens also unveiled a plan to combat summer crime which incudes keeping all the city recreation centers open. All city pools will remain open, and for free. It would also include developing police athletic leagues. In the two-fold plan, Dickens said he wants to give children an alternative to the streets, while at the same time flooding potentially high-crime areas with police. The mayor added "historically and across the nation we know that data has shown a reliable uptick in crime during the summer months for a variety of reasons."

Interim Police Chief Schierbaum said mounted police and bicycle officers will be utilized in making police more visible and through strategic deployments. He said, "we'll be at the right areas addressing the right individuals that are committing crimes and trying to take advantage of the vibrancy that occurs in Atlanta." Schierbaum adding that to have more police on the streets, they are prepared to pay overtime.