Chris Ann Lewis says her son, 35 year old Matthew Zadok Williams, died on April 12, 2022, because he was "profiled by a 'Karen'." She says DeKalb County police already knew that her son owned the Terrace Trail home, yet they believed the word of a woman who told police she'd never seen Williams at the condo before. Zadok was shot and killed by police that day and the family is seeking justice saying he was left to bleed out and die.

The family was joined by a group of activists Wednesday as they delivered 38,000 petitions to the DeKalb County CEO's office. They call for Sgt. Devon Perry to be fired. He's the officer identified on bodycam as the shooter. 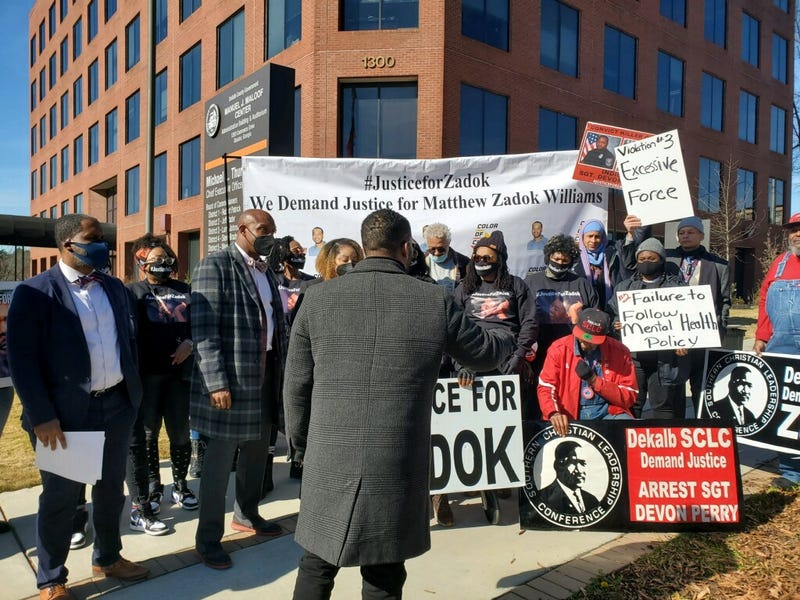 Hahnah Willliams is one of Zadok's 5 sisters. She tells Audacy Atlanta's Maria Boynton the officers who showed up at her brother's home violated at least 4 police procedures including already knowing that he had a mental health issue yet failed to institute the mental health protocol. She also wants to correct the narrative which she says paints her brother as a "knife-wielding maniac."

The DeKalb County CEO's office has provided the following statement:
DeKalb County’s administrative personnel internal affairs investigation into the circumstances surrounding the death of Mr. Matthew Zadok Williams is ongoing and not yet concluded. Once concluded, the results of the investigation will be thoroughly reviewed and handled in a manner that complies with DeKalb County police departmental procedures and applicable law. The criminal investigation is being handled by the Georgia Bureau of Investigation and the office of the DeKalb County District Attorney.