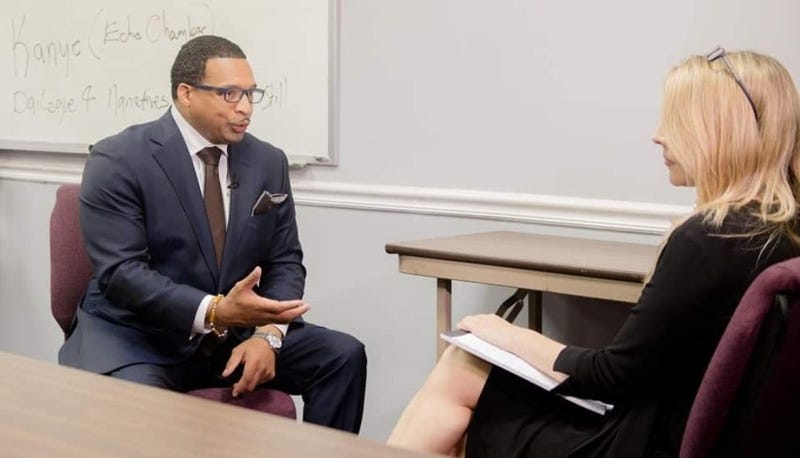 Atlanta Magazine puts out an annual list naming 500 of the City’s most powerful leaders. For the second year in a row, Dr. Rashad Richey was honored as one of Atlanta’s top influencers, alongside Atlanta Mayor Andre Dickens, DeKalb CEO Michael Thurmond and other notable leaders.

Richey’s media, business and executive experience is vast.  In addition to his visionary role as President of Rolling Out, which is a multimillion-dollar media company with a national monthly millennial readership of 2.8 million and combined social media following of over 500,000, he also hosts the award-winning ‘Rashad Richey Morning Show’ on News & Talk 1380-WAOK and is Atlanta’s favorite talk news radio personality, according to readers of the Atlanta Journal Constitution, Atlanta Business Journal and Atlanta Magazine. Richey is an Emmy-nominated political analyst for CBS News Atlanta, the political commentator on The People’s Station V-103FM, the nation’s largest urban radio station and a semi-regular political commentator with multiple news outlets, MSNBC, FOX News Channel, BNC, and CNBC to name a few.

“I’m humbled and thankful to Atlanta Magazine for this recognition alongside so many amazing leaders. While it’s an honor to be recognized for doing something you love, helping others with the platform God has granted you is the ultimate goal,” Richey said.

Betsy Riley, editor of Atlanta Magazine, said in part “The cool thing is that, in a city as diverse as ours, stepping beyond stereotypical definitions makes for a much more fascinating mix of honorees. I guess it depends on how you define power, whether it derives from position or perseverance…”

Before his social and political expertise propelled him into a highly successful and influential media career, Richey was political director and chief strategist for the Democratic Party of Georgia. He’s received numerous awards and recognition for his excellence in broadcasting and community leadership including the Presidential Lifetime Achievement Award from President Barack Obama and President Joe Biden, making Richey a rare two-time recipient of the prestigious honor.

“I had a tough life growing up,” Richey said when asked by Atlanta Magazine why he does the work he does. “Despair, poverty and a general lack of access surrounded the communities I lived in. Today I seek to transform the narrative of those same communities through education, mentorship, civic engagement and economic empowerment.”

Richey told the magazine the best advice he’s ever received is don’t allow your past to limit your future.

And in case you’re wondering, his hidden talent is playing piano… by ear.

Dr. Rashad Richey holds a Master of Business Administration, two earned doctorate degrees and currently in law school completing his Juris Doctorate. Richey completed his doctoral studies at Clark Atlanta University with a research emphasis in higher education federal policy reform and earned a PhD from Scofield Graduate School where his research dissertation is titled, The Global Affect of Western Religion on Politics, Policy and Government. Richey completed his MBA from Beulah Heights University, obtained a certificate in Executive Leadership from Cornell University and is currently finishing his law degree at Birmingham School of Law.

He serves as professor and Director of Institutional Advancement & Corporate Relations at Morris Brown College in Atlanta, GA and has provided eye-opening lectures at various institutions including University of Michigan, Clark Atlanta University, Reinhardt University, Morehouse School of Medicine, and others.