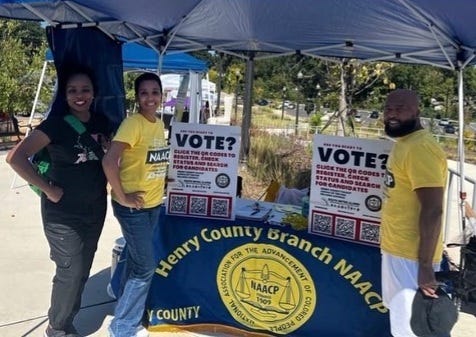 The Henry County branch of the NAACP is hoping its Get Out the Vote Youth/Community Rally this Saturday will encourage people to head to the polls. Some areas are allowing voters to cast ballots Saturday, as early voting continues ahead of the election on November 8th.

Branch President Dr. Rosalyn Matthews and Political Action Committee Chair Candace Walker spoke with Audacy Atlanta's Maria Boynton about the rally. According to Walker, they're collaborating with the South Metro Atlanta Chapter of the Pan Hellenic Council and the New Georgia Project. NGP Chief Operating Officer Kendra Cotton will be the keynote speaker at Saturday's event. 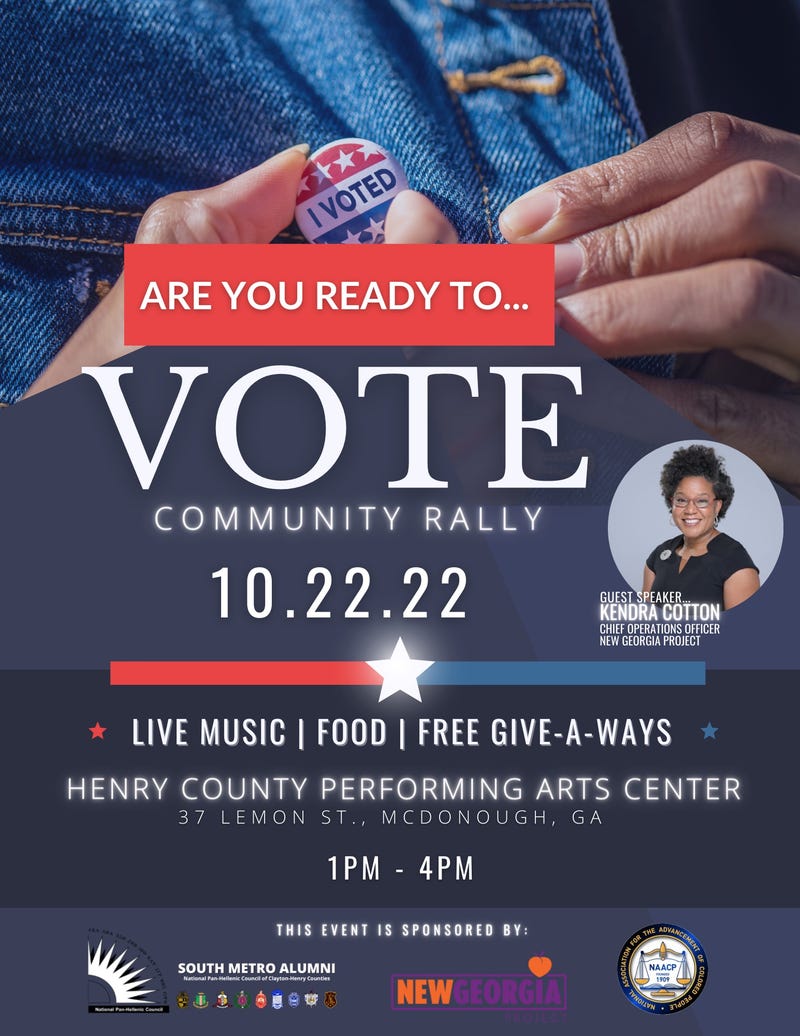 A Get Out The Vote Community Rally is Saturday in the Atlanta suburb of McDonough aimed at encouraging early voting. Photo credit Henry County NAACP

Dr. Matthews, who is also Vice President of the Georgia NAACP, pushed back against criticism questioning the relevancy of the historic organization. "We are just as relevant today as we've always been." She adds, "the NAACP is at the forefront of the fight for racial justice." Matthews went on to highlight various areas in which she says the Civil Rights organization continues to make strides.