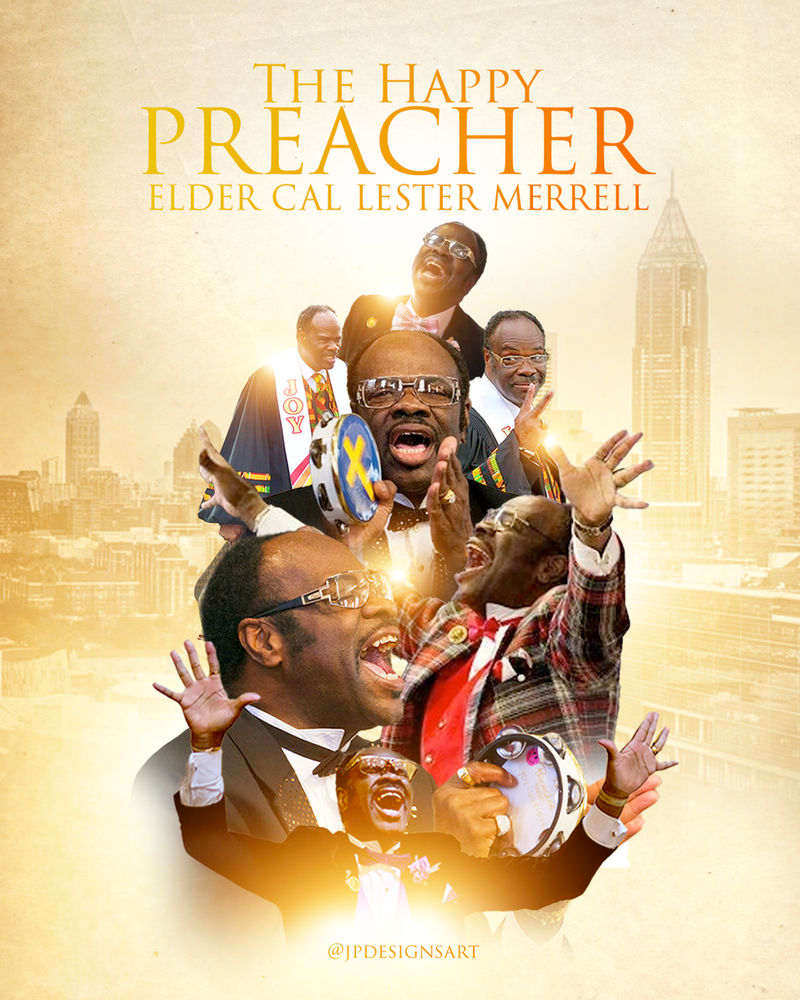 Elder Cal Merrell was a voice, a shout, a beat on the tambourine, of which Atlantans had become accustomed. Whether it was outside the funeral of Whitney Houston, where he shared stories with this reporter about how he knew the singer; at Georgia Tech for a visit by then-President Barack Obama; or at the annual King Day Commemorative Service, you knew when Merrell was in attendance.

During Monday's annual King Day service at Ebenezer Baptist Church, Dr. Bernice King, CEO of the King Center, held a moment of silence for Merrell.
The daughter of the slain Civil Rights leader and wife Coretta noted that Merrell had attended the service for 40-plus years. "This commemorative will never, ever, ever be the same without The Happy Preacher" said King.

Atlanta Mayor Andre Dickens said in a statement, "Homegoing services — and particularly the MLK Ecumenical Service — will not be the same without Elder Cal Murrell, affectionately known as the 'Happy Preacher.' Scripture says, ‘If they keep quiet, these stones will start shouting.’ Happy Preacher didn't let the rocks speak for him. I am sure a Hallelujah Choir welcomed him upon his ascent to heaven. I join the rest of Atlanta in saying farewell good and faithful servant. He will be missed."

Rest In Peace Elder Cal Murrell “The Happy Preacher”. You were an atlanta legend. We know you are shouting in glory! pic.twitter.com/hn5x1FnpzM

In a statement Fulton County Commissioner Khadijah Abdur-Rahman said of Merrell, “Atlanta has lost another icon. Our loss is heaven's gain ... tambourine and all. MLK celebrations will never be the same, but we shall in his honor press on!”

Artist John-Paul (JP) Moore, Chief Creative at JP Designs Art hopes that Merrell knew just how much Atlanta loved him. Moore, who brought together various images of Merrell for a tribute poster, calls Merrell a pillar of the Atlanta community, a national treasure. "He was the 'praise corner' at every major event, says Moore, "you could depend on him to light up the room with a happy shout or his joyful tambourine." Moore adding that he had to celebrate Merrell's memory and legacy by creating the tribute because Merrell "made it his business to bring joy with him and the love of Jesus to everyone, everywhere he went."