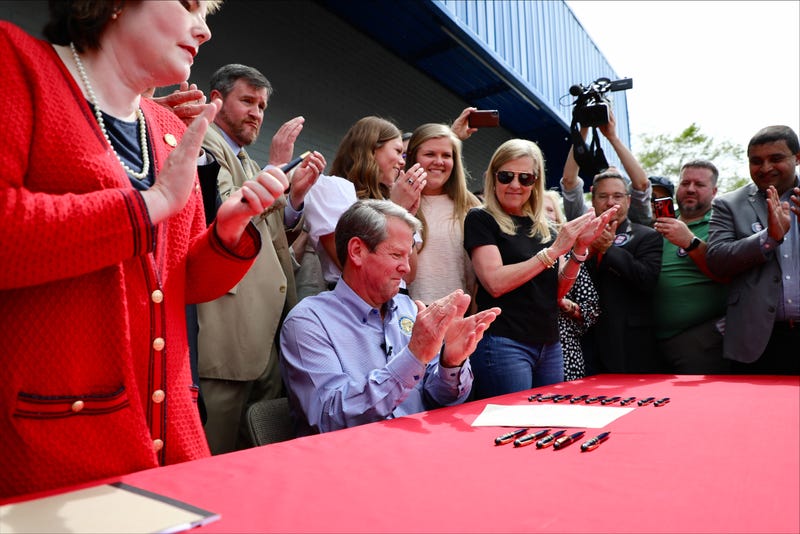 A gun permit is no longer necessary to carry a gun in Georgia. Governor Brian Kemp has signed the bill into law that eliminates the requirement that you must get a permit to carry a concealed handgun in public. He signed the measure Tuesday during a gathering at a Douglasville gunstore.

Georgia Democrats say the bill will lead to more violence. During a Democratic Party of Georgia news conference, just doors down from where Kemp signed the bill into law, Atlanta State Representative Roger Bruce said "the logic that if we put more guns on the street, we put guns in more people's hands, that we will have less crime is the dumbest thing I've ever heard."

Kemp also signed a bill into law that makes it okay for people licensed to carry in other states can do the same in Georgia.