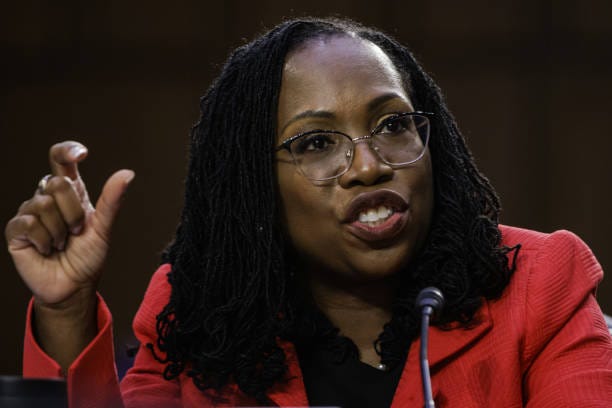 "There are rules sitting in that hearing", says Shavon Arline Bradley, "you can't respond, you can't make gestures." For nearly 2 hours Tuesday, Bradley says she sat inside the Senate committee hearing room and watched as Judge Ketanji Brown Jackson, the first Black female nominated to the U.S. Supreme Court, defended her record on handling federal cases and more. The questioning lasted for more than a dozen hours. "We were praying in our bellies," says Bradley.

In an exclusive interview, Bradley tells Audacy Atlanta's Maria Boynton that through it all Jackson "stayed the course, she never budged, and her family was behind her."

What Jackson was able to do says Bradley is "express her sentiment as a legal scholar who has more than 570 articles published about her work." Bradley champions Jackson as "an intellectual giant in the legal community."

Watch parties are being held across the country to witness the history surrounding Jackson's nomination. They are being presented by Black Women's Leadership Collective, which is comprised of several organizations.

The Atlanta watch party is being held Thursday at the Loudermilk Center. Those interested in attending can RSVP for the event. It's also being presented virtually.