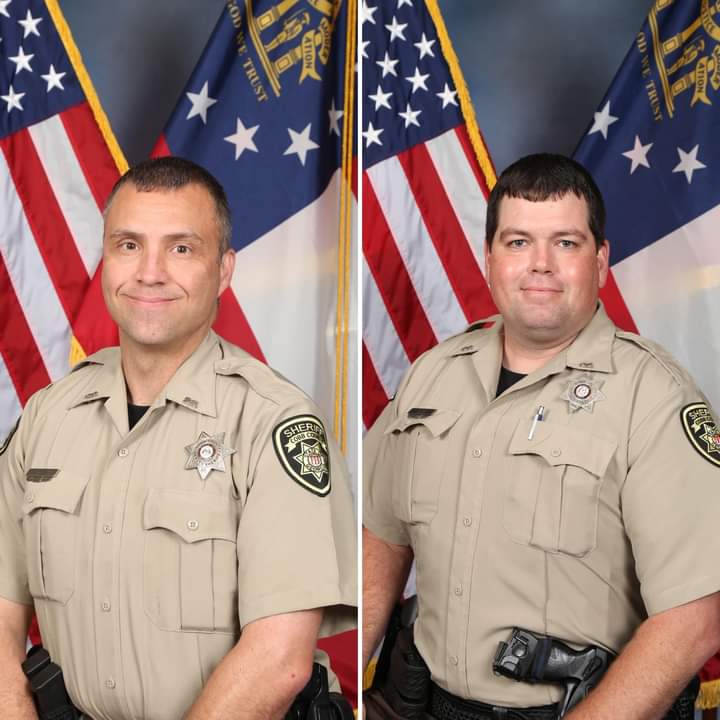 "It's saddening to know that those that protect us are no longer with us," says Cobb Commission Chairwoman Lisa Cupid. She talks with Audacy Atlanta's Maria Boynton about how the deaths of two sheriff's deputies are affecting the Cobb County community.

Deputies Marshall Ervin and Jonathan Koleski were shot to death while trying to serve warrants in Marietta last Thursday night.

A GoFundMe has been established by the sister of Deputy Koleski. Donations to the Cobb Sheriff's Foundation will also go to help the families.

Services for Deputy Koleski will be held at Northstar Church in Kennesaw this Wednesday. Visitation will start at 9am. The service is at noon. West Ridge Church in Dallas is holding services for Deputy Ervin this Thursday at 2pm. Visiting is scheduled to begin at noon.

Ervin and Koleski were serving a warrant at a home in the Hampton Glen neighborhood in Marietta on September 8 when Sheriff Craig Owens says they were ambushed. Suspects Christopher Cook and Christopher Golden are jailed in connection with the deadly shootings.