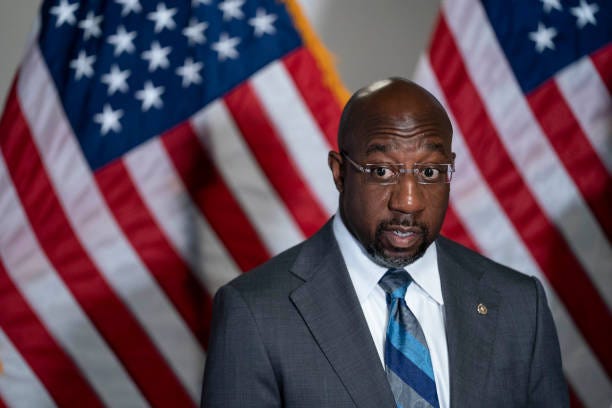 When I’m asked about bipartisanship—which I firmly believe in—I just have to ask, at what expense? Who is being asked to the foot the bill for this bipartisanship?

And is liberty itself the cost? pic.twitter.com/b7HVckQyIT

Warnock told his Senate colleagues that the chamber changed the filibuster rules to protect the economy and should do the same for democracy. The rule requires 60 votes for bills to move forward. It was changed to allow Democrats in the Senate to raise the borrowing limit despite Republican opposition.

The pastor of Ebenezer Baptist Church in Atlanta pointed to Georgia's new voting law which some find minimizes minority voting rights by limiting access to the ballot. Advocates say federal laws need to be passed in order to guarantee everyone's right to vote.