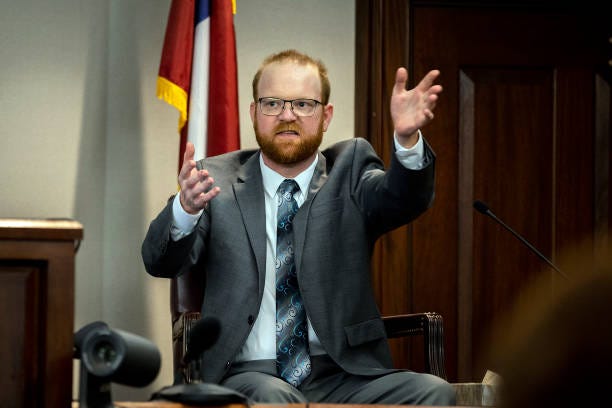 Travis McMichael, one of three defendants in the murder of Ahmaud Arbery, testifies as the defense begins presenting its side of the case. Photo credit Getty Images
By Maria Boynton

The defense has started presenting arguments in the trial against the 3 men accused of killing Ahmaud Arbery. The 25 year old black man was jogging through a neighborhood near Brunswick, Georgia, when he was pursued by the men and was shot and killed. That was on February 23, 2020. 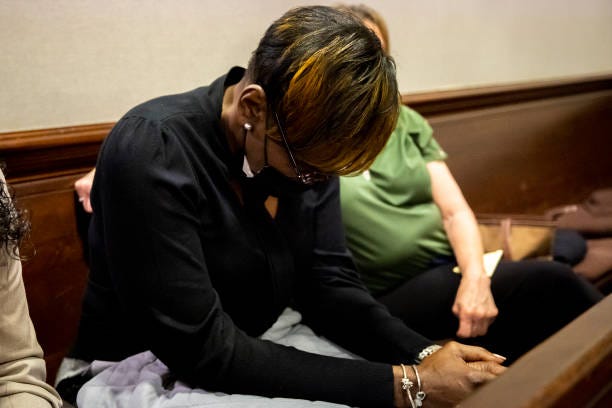 On Wednesday Travis McMichael, the man seen in video shooting Arbery, took the stand. He told the court that he "wanted to give his side of the story," and that his encounter with Arbery was "a life or death situation." He also said that Arbery attacked him and grabbed his shotgun. According to McMichael, he believed that Arbery was the same person he'd noticed days before at a home under construction in his neighborhood. McMichael went on to say that he shot Arbery in self-defense.

The prosecution rested its case Tuesday.

Speaking outside the courthouse Wednesday, Arbery's mother Wanda Cooper-Jones said McMichael's testimony gave her and her family "some insight on what he was actually thinking." She added that Travis McMichael "killed my son all on assumptions," adding "he just took actions into his own hands." According to Cooper-Jones "He didn't have any facts on hand when he chose to pull the trigger. Not one time, but three times."

Travis McMichael, Greg McMichael and neighbor William "Roddie" Bryan are charged with malice murder, felony murder, and other charges in the death of Arbery.

Meanwhile, in a delayed opening statement, Kevin Gough the attorney for defendant Bryan, said that his client never intended to harm anyone. Gough went on to point out that Bryan immediately cooperated with authorities following the shooting. Bryan was the person responsible for the video that showed the scene that ended in Arbery's shooting death. He's also accused of trying to 'block' Arbery with his vehicle.

The McMichaels and Bryan have pleaded not guilty to the charges. They could face life in prison without the possibility of parole if convicted.