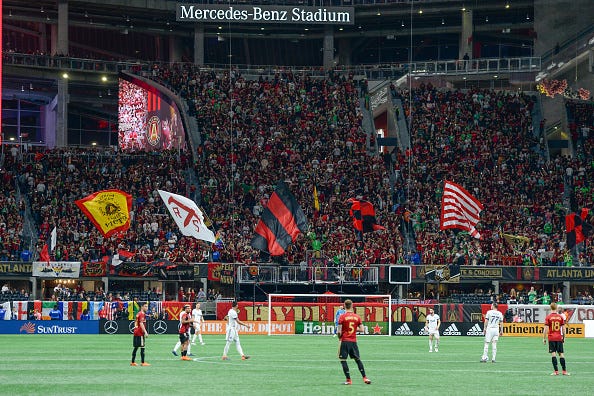 Rapper Pastor Troy wants Atlanta to keep supporting his friend, fellow rapper Archie Eversole, who died on April 3 after being shot days earlier. Eversole's song "We Ready" is a staple at sporting events across the country.

"Continue to play his music, keep supporting him and his family," says Troy who tells Audacy Atlanta's Maria Boynton he'd known the 37 year old Eversole since the start of the latter's career at age 17 in Riverdale, GA. "I just want the city to stick together," Troy adds, "let's be the epitome of how it's supposed to be."

Attend any sporting event in Atlanta and Eversole's 2002 hit with Bubba Sparxx "We Ready" brings the crowd to it's feet unified in the spirit of winning. Yet, on April 16, it was used by Major League Soccer club Atlanta United to pay homage to Eversole at Mercedes Benz Stadium.

Atlanta police say Eversole was shot by his brother on March 25 in DeKalb County and died days later. Alexander Krause is charged with murder.

"Everybody's hurt" says Pastor Troy, "our hearts go out to Archie and his family."