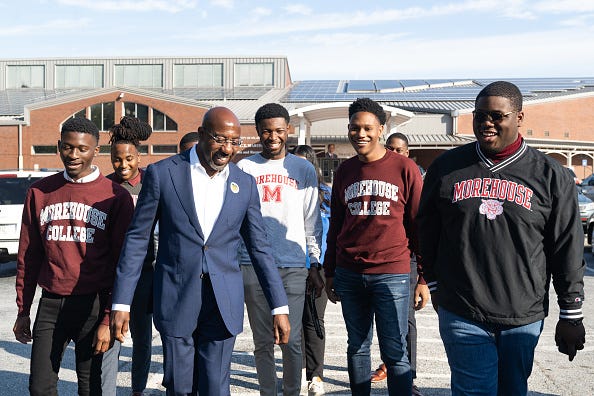 ATLANTA, GA - OCTOBER 17: Senator Raphael Warnock (D-GA) speaks with students from the all male Morehouse College after casting his ballot on the first day of early voting on October 17, 2022 in Atlanta, Georgia. The Democratic incumbent, Warnock is running against Republican candidate Herschel Walker for the Senate seat in Georgia. Photo credit Photo by Megan Varner/Getty Images
By Maria Boynton

"When you see strong black men out there pushing an issue, you're going to listen." That's why Aaron Johnson, Vice Chairman of the Public Action Committee for the Georgia District of Alpha Phi Alpha Fraternity, says they participate in events, such as as the virtual Voter Empowerment Forum being held on Tuesday, October 25. The aim, according to Johnson, is to allow black men to see someone like them pushing the issue about the importance of voting.

Recent polls (Associated Press/Pew Research) indicate that a significant percentage of black men don't believe in the electoral process and aren't convinced that the chosen leaders represent their best interests.

Johnson says the goal is to convince black men that "voting is one of the most important civic duties you can do your entire life." 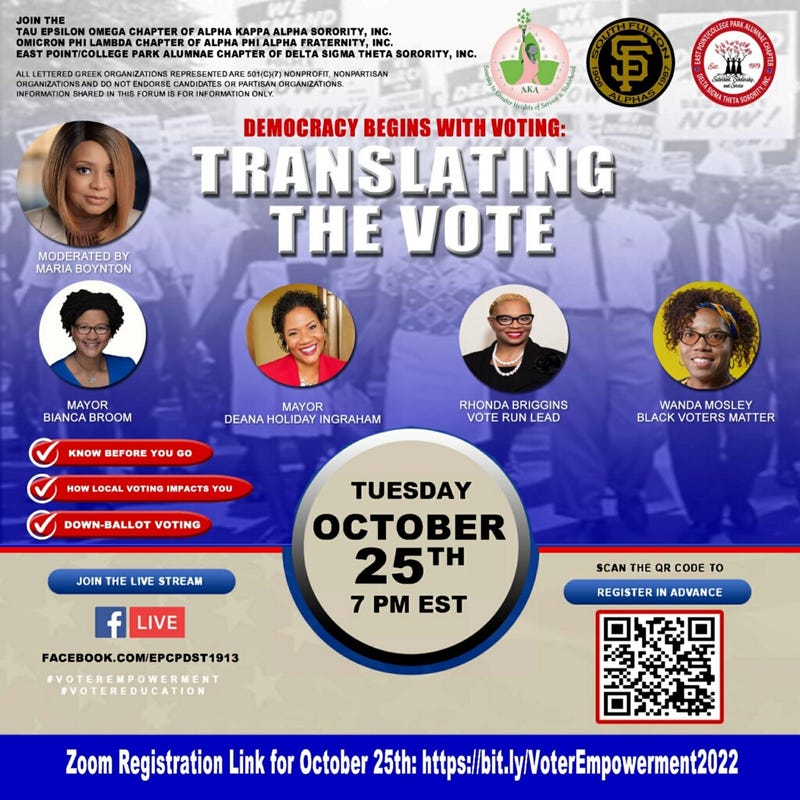 The Translating the Vote Forum is being held on Tuesday, October 25th. Photo credit handout

The Omicron Phi Lambda Chapter of Alpha Phi Alpha, of which Johnson is a member, along with the East Point/College Park Chapter of Delta Sigma Theta Sorority, and the Tau Epsilon Omega Chapter of Alpha Kappa Alpha Sorority are hosting Tuesday's forum. Those wishing to take part in the virtual event can register via the Zoom link.

Participants can also access the forum via the QR code located on the event flyer. The host organizations do not endorse candidates.