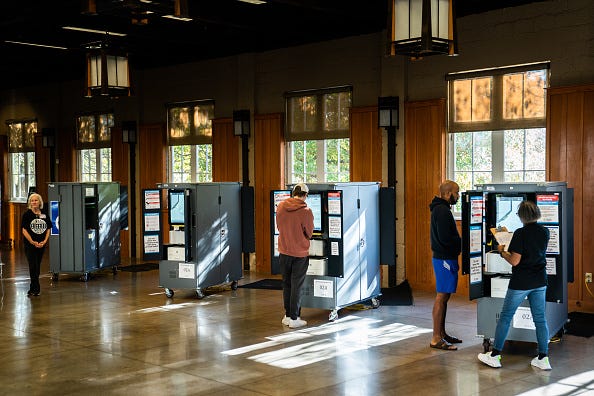 Early voting is already underway in several metro counties for the Runoff Election next month for the U.S. Senate. Voting is being held this Saturday, November 26, or before, in DeKalb, Douglas, Fulton, Henry, Rockdale, and more. Sunday voting will be held in some counties also.

In a final decision Wednesday, Nov 23, the Georgia Supreme Court issued a unanimous ruling allowing Saturday voting in the runoff to proceed. This came after the initial decision from Fulton County Superior Court Judge Robert McBurney allowing Early Voting, which was appealed by Republicans. It had become an issue when the Secretary of State's office contended that Georgia's new Election Law, S.B. 202, did not allow voting within two days after a holiday. Democrats countered that the rule did not include runoff elections.

Early Voting will be underway from Monday, November 28 through December 2, in counties that chose not to open balloting before that.

The election on December 6 is between incumbent senator Democrat Raphael Warnock and Republican Herschel Walker. Neither received 50 percent of the vote that was held on November 8, therefore the runoff is being held.

Warnock and Walker on the campaign trail

The candidates have returned to the campaign trail in an effort to convince voters to support them next month. 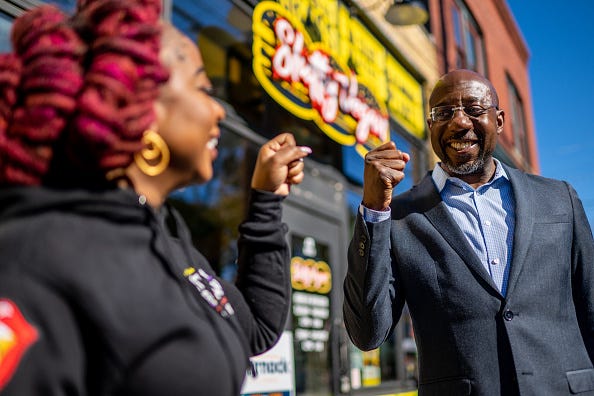 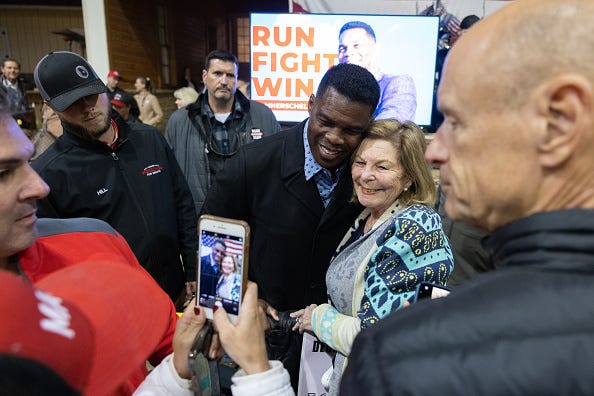 Information about voting in person before Election Day is available via the state's election website .