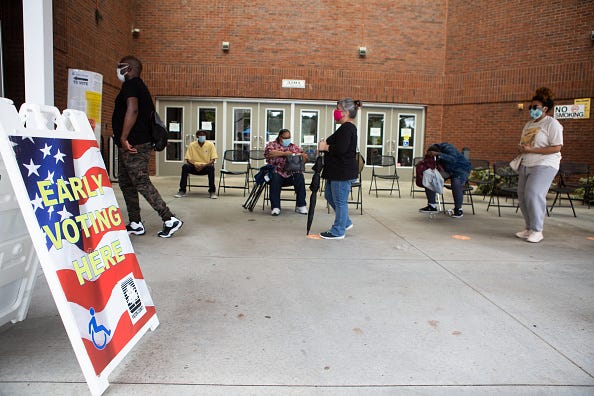 Early voting is underway in Georgia for the May 24 2022 primary election. File: C.T. Martin Rec Center in Atlanta in 2020. Photo credit Getty Images
By Maria Boynton

We are in the second full week of early voting for the May 24 primary election in Georgia. The republican and democratic contests will decide the candidates for the November election.

You can log on to the Georgia Secretary of State's website to check voter status, polling locations, and to see sample ballots.

The following candidates are running for statewide offices: