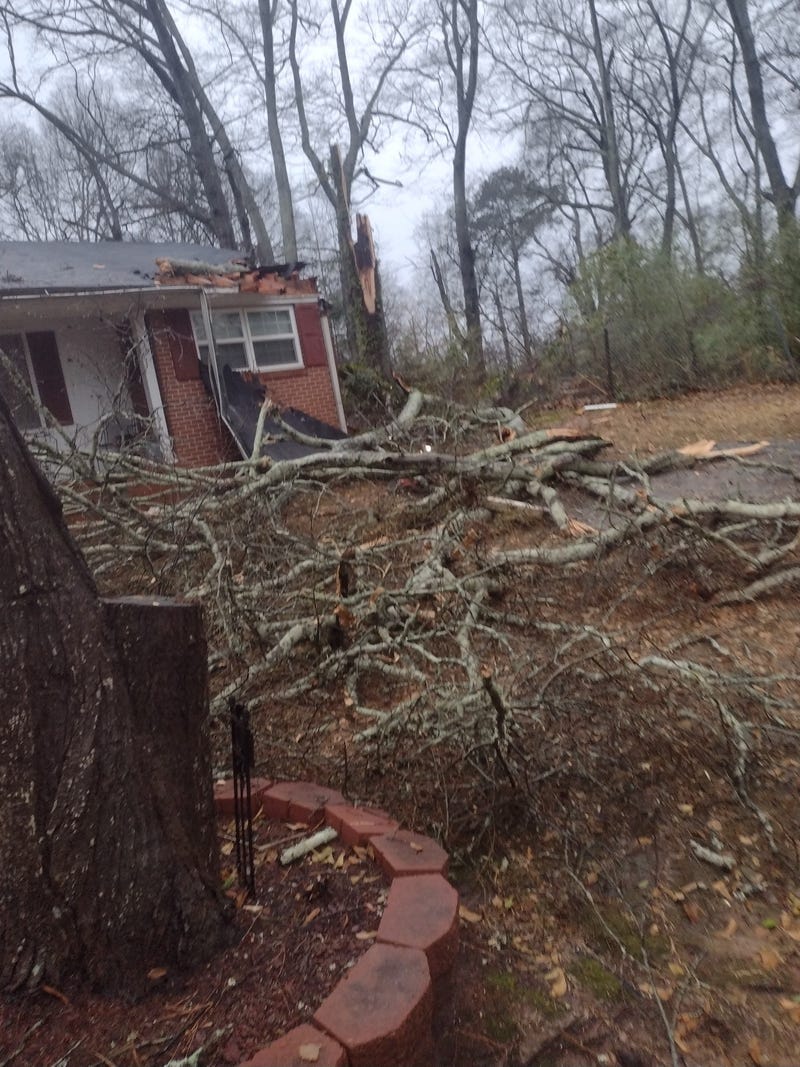 Dorothy Underwood says it sounded as though someone was shooting a gun when a storm hit her home in Griffin, GA Thursday. Photo credit Antonio Barnes
By Maria Boynton

Dorothy Underwood says "it sounded like someone was shooting a gun" when major storms rolled through her home just south of Atlanta Thursday.

The storm system that swept through left significant damage throughout metro Atlanta. There were several confirmed tornadoes and severe thunderstorm warnings throughout the region.

Underwood's home is on the southside of Griffin, which is a little more than 30 minutes southeast of Atlanta. The 79 year old mother and grandmother says "I had never seen or felt anything like this before. My house is just a mess, there's a big hole in the roof. It's a terrible terrible mess." The lightning is what started the nightmare for Underwood. "It was scary. I was very nervous, and I'm still nervous." 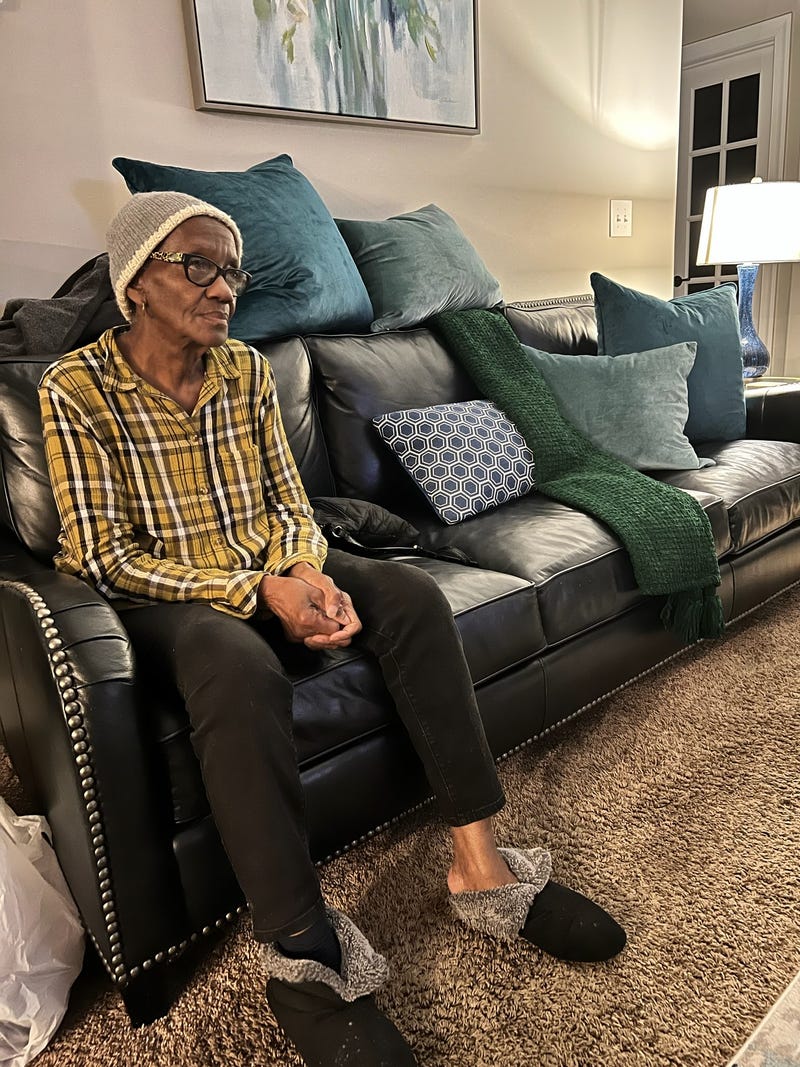 Dorothy Underwood is safe and sound at her daughter's home in Henry County, GA after a major storm tore through her home in Griffin, GA Thursday. Photo credit Antonio Barnes

Underwood's son-in-law Antonio Barnes was able to get her out of the home. He's bringing her to his and her daughter's home in metro Atlanta's Henry County. Barnes says he was working about 5 miles from Underwood when the storm hit.

It had to have been a tornado says Barnes. "It was uprooting trees with bases of 46 inches or better." At one point Barnes says the storm lifted his truck off the ground. After the storm cleared, Barnes helped deputies cut trees from the roadway.

Georgia Governor Brian Kemp has declared a State of Emergency. Power companies are reporting thousands of outages throughout the region.