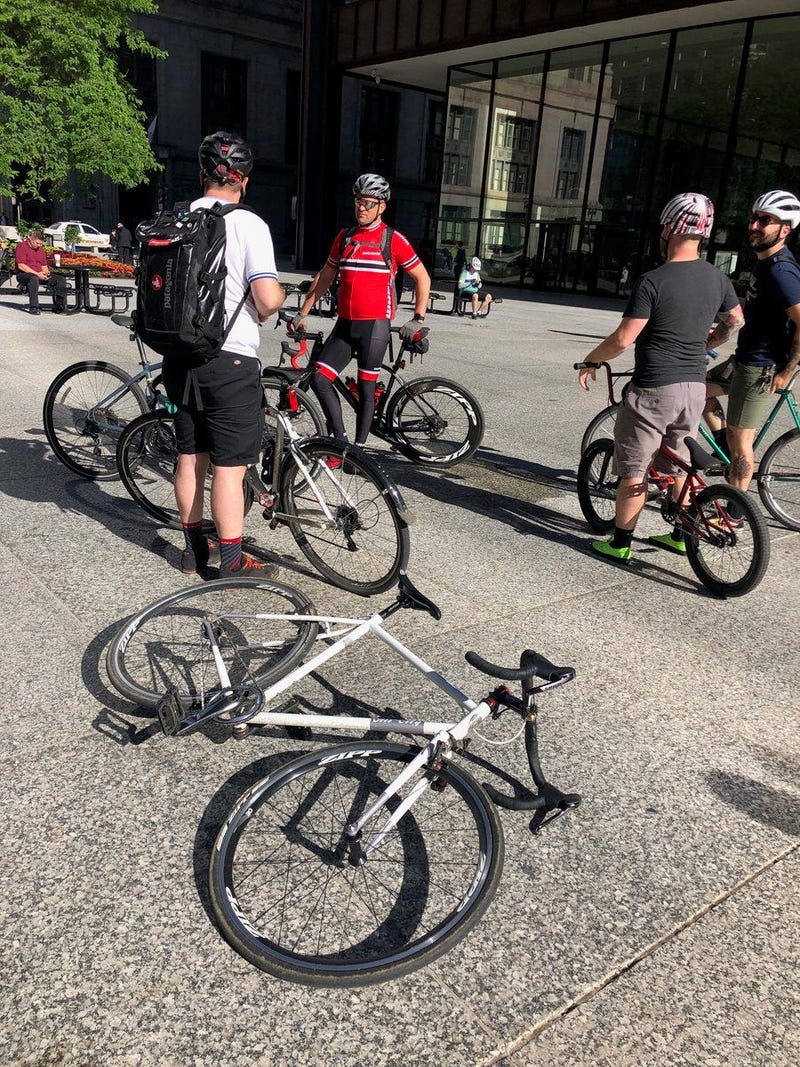 CHICAGO (WBBM NEWSRADIO) -- Friday was a beautiful day for a bike ride, and Chicago bicyclists said lawmakers seem to agree.

The 28th Annual Chicago Bike Week Rally was held Friday at Daley Plaza between 7 a.m. and 9 a.m. and bicyclists said they felt a boost, now that Illinois lawmakers have pledged $50 million in annual funding for walking and bicycling projects in the new state budget.

Hundreds of bicyclists rode to Daley Plaza to fuel up on apples, bananas, granola and other treats and to talk about biking.

Kareem Dixon lives in Chicago and bikes to work every day at Northwestern University on the Near North Side.  He told WBBM Newsradio he saves about $800 a year by biking instead of taking the CTA and knows he saves even more than that by not driving.

He also said he wants to help save the planet.

"The carbon footprint that we leave is significantly less. It's our own energy that we're using. We may need to eat more than a driver, but besides that we're using a lot less energy.  Anything that we can do...to help counteract what's going in the world will help," Dixon said.

Cheryl Olles rides her bike to Maggie Daley Park everyday to play pickleball.  She recently moved back to the Chicago area from New Jersey.

"I think it's important for people to bike in the city because it alleviates all the traffic. As I was coming here today there was a whole line of bicycles coming down Milwaukee Avenue and it was great to see so many people on their bikes and that's why I wanted to come out here today and support the cause," Olles said.

Chicagoan Al Salas has been biking downtown for more than 25 years and said he bikes to work as often as he can.

"Exercise," he said while taking a break from his morning ride, "it's good for the cardiovascular."

He also said there are lot more bikers in Chicago than there were years ago.

Mr. Salas and others were also asked about the new electric scooters we have been seeing all over the city.  Most said they're a bit unsure about them, but it's too early to render a verdict.