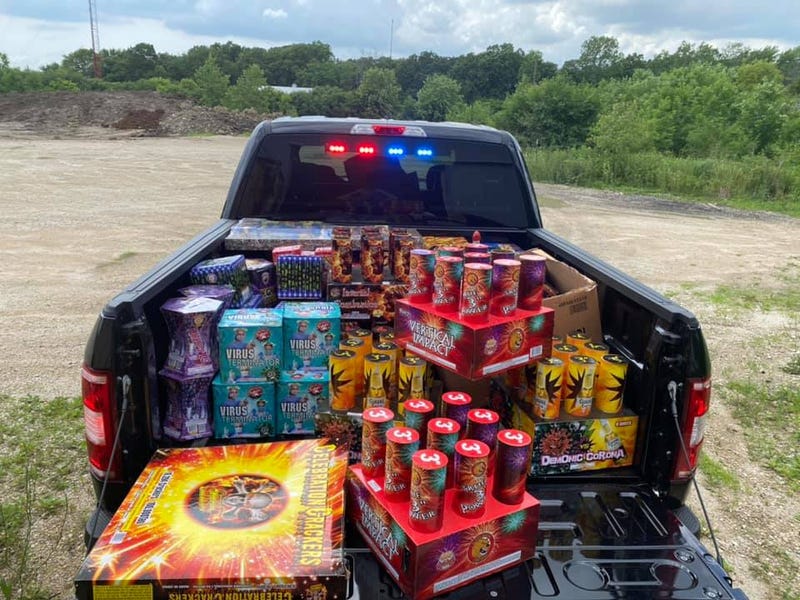 CHICAGO (WBBM NEWSRADIO) -- The Kane County Sheriff is responding to numerous complaints about illegal fireworks and has made arrests and seized about a 1,000 pounds of fireworks from homes in Aurora and Elgin.

Three people have been arrested and charges are pending.

Sheriff Ron Haine said they had what looked like retail displays of fireworks for sale in their homes. The Sheriff’s Bomb Squad has been pared with investigators and the FBI targeting illegal fireworks.

Haine notes the difficulty an officer on patrol can have locating where fireworks are coming from. And he said often the people making the complaints don't want to have contact with officers.

The Sheriff said they'll be out this weekend and if they find people in possession of what he calls "very egregious mortars," meaning commercial-grade fireworks, there could be federal charges.

The Sheriff’s Office posted a picture on Facebook of a police pick-up full of fireworks, both commercial and consumer-grade.

And the comments are mixed, some thanking the Sheriff and others questioning the use of resources for this.

To that, Haine said, "The black and white of the law is they’re illegal and when you have large-scale fireworks in the hands of untrained, unqualified and unlicensed people, bad things happen.”