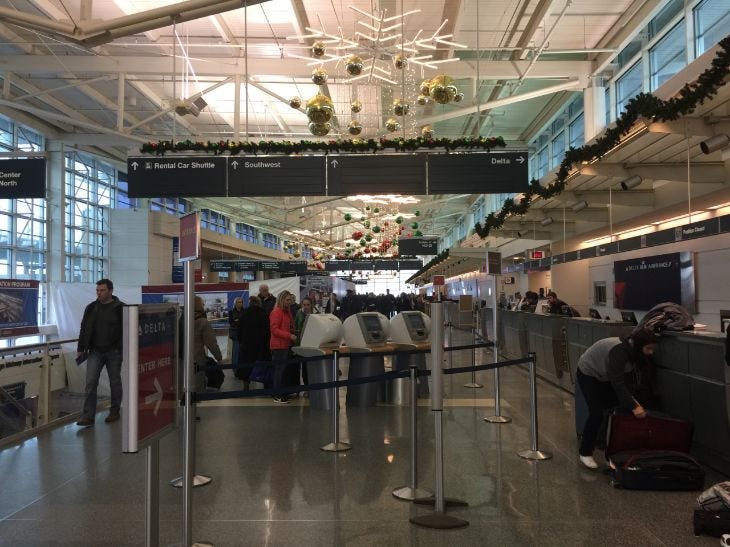 CHICAGO (WBBM NEWSRADIO) -- The city of Chicago is taking steps to reduce the spread of the coronavirus at O’Hare and Midway airports.

Effective Friday, unless you work at one of the two airports, have a ticket for a flight, or are assisting a traveler, you will not be allowed inside O'Hare or Midway international airports.

The Chicago Department of Aviation said this is all in the wake of the COVID-19 pandemic and is an effort to keep everyone safe.

In order to enforce these restrictions, Chicago Department of Aviation security and the Chicago Police Department will set up a nightly checkpoint at each airport’s CTA stops - the Blue Line terminal for O’Hare and the Orange Line terminal for Midway. Travelers must show proof that they are flying that day, while employees must show their badge or ID.

Limited access will also be allowed for those assisting passengers, the Chicago Department of Aviation said.

Currently, there are no plans for daytime checkpoints, but Chicago police and Aviation Department security can request to see appropriate credentials for anyone in the airport.

Beginning Friday, July 31, anyone traveling to Chicago from Wisconsin, Missouri, North Dakota, and Nebraska will have to self-quarantine for 14 days.

The travel order covers visitors to Chicago, as well as residents, and has exceptions for people doing essential travel, such as, government or military work, medical work, or shared parental custody; as well as those who don't stay in a hotspot for more than 24 hours. The order does not affect travelers at the city's airports who land here to connect with a flight or people driving through the state.

Individuals who are commuting from Wisconsin to Chicago for the purpose of work will be exempt; however, such commuters are subject to the following requirements:

Individuals subject to the self-quarantine order face fines of $100 to $500 per day, up to $7,000 for violations, the city said. The order is in effect until further notice, officials said.

The order applies to Chicago only - not the rest of the state.