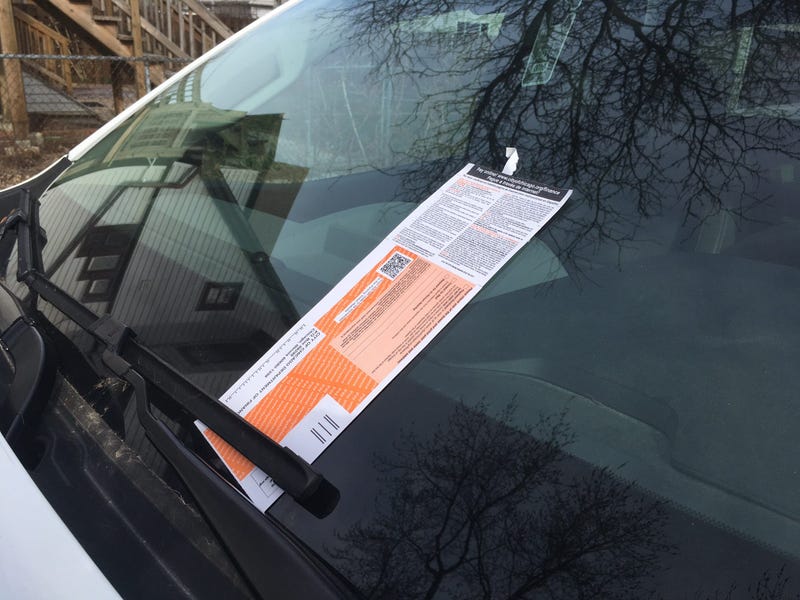 CHICAGO (WBBM NEWSRADIO) -- A Chicago alderman is bringing back a proposed ordinance that was sidelined under the Emanuel Administration that would overhaul the system of escalating fines and fees for parking tickets and city sticker violations.

“If a family doesn’t have $100 within 21 days, what makes you think they’re going to have double the amount on the 22nd day?” said Alderman Gilbert Villegas.

Ald. Villegas said he’s “looking at this from a compassionate standpoint.”

The doubling, he said, “has never made sense to me and we should be taking a look at setting reasonable fees and fines and working with those that might get an infraction.”

He said most families probably have about $1,500 in their savings accounts.

Villegas said City Hall estimated last year that the hit to the budget would be $10 to $20 million a year, under his proposals. He disagrees with that. Ald. Villegas said he believes the city is actually losing money to those who can’t afford the fines and fees and just ignore them.

He believes that under Mayor Lori Lightfoot, the overhaul has a much better chance of becoming reality.  He said she heard from residents of all 77 Chicago neighborhoods during the campaign and this is one of those quality of life issues that affects many people.