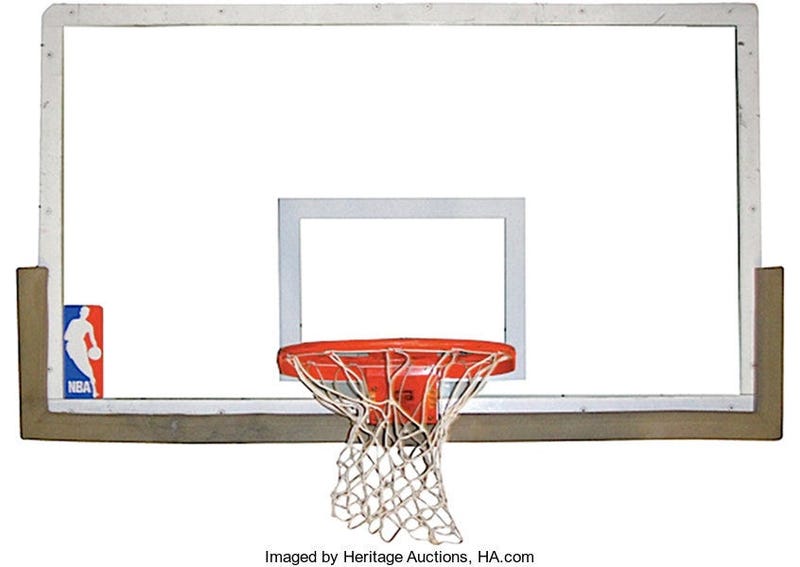 CHICAGO (WBBM NEWSRADIO) -- The hoop and backboard on which Michael Jordan made his iconic ‘shot’ in 1989 sold for $18,000 during a sports memorabilia auction.

“Since the show debuted, Jordan's collectibles have experienced a sizable jump in value,” Ivy said. “Cards, game-worn gear and everything in between is being gobbled up by collectors and like-minded investors. It wasn’t just Jordan material that drew aggressive bidders. Several pieces of Bulls history were the most expensive pieces in the auction.”

The "shot" was in 1989 when Jordan sank a buzzer-beating jumper over the outstretched arm of the Cleveland Cavaliers’ Craig Ehlo to defeat the Cavs and send the Bulls into the second round of the NBA playoffs.

The hoop was nearly lost to history: A Cleveland-area property developer rescued the North-end basket and backboard from the Richfield Coliseum in the 1990s before the arena was razed by the National Park Service.

And, a jersey worn by Dennis Rodman on Christmas Day of the Bulls’ sixth and final NBA Championship during the team’s 1997-98 season, sold for $20,400. Rodman gave the jersey to a young fan who held up a handmade sign during the game featuring a flattering image of Rodman and the words: “All I want for Christmas is...” an arrow pointing to his jersey. Rodman signaled to the young woman, and,playing the role of Santa Claus, gave her his jersey at courtside.

Rodman game-worn jerseys recently sold in the four figures – including a sweaty souvenir tossed from the hardwood to hockey legend Chris Chelios. Monday’s result almost doubled the sale of that legend-to-legend jersey less than three years ago.The only graded example of a full ticket to a 1990 Chicago Bulls vs. Cleveland Cavaliers match, during which Jordan set a career-high 69 points, ended at $6,300