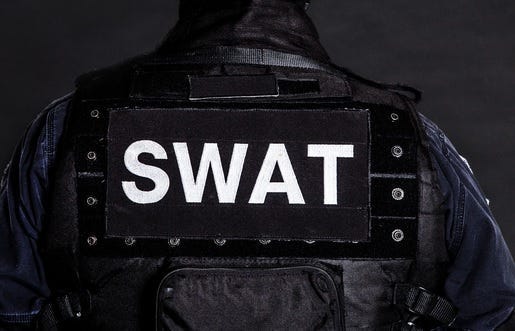 CHICAGO (WBBM NEWSRADIO)-- A weekend party in Lincoln Park that led to a five-hour, armed standoff with police on Clybourn Avenue has prompted an alderman to look into a possible crackdown on Airbnb rental units.

The calls to 9-1-1 started Sunday morning. They alerted authorities to guns in a rental unit in the 2400 block of North Clybourn.

Ald. Scott Waguespack, 32nd, said police arrived and basically shut down the street in a multi-hour standoff with police. He said police eventually pulled several weapons from the unit.

"I mean, it was just a smorgasbord of problems in there that the police had to deal with. Frankly, I'm surprised they didn't arrest everybody in there,” he said.

Waguespack said there were more than three dozen people in there.

Police say there were no gun-related charges, although nine weapons were recovered: two assault rifles, seven handguns and various ammunition.

Waguespack said he wants to find out what accountability Airbnb and the owner have -- and what the city can do to keep this from happening again.

An Airbnb spokesperson said the company has already taken action:

"We're thankful to Chicago Police for their excellent work to address this situation. We've removed the guest and listing from our community as we urgently investigate."