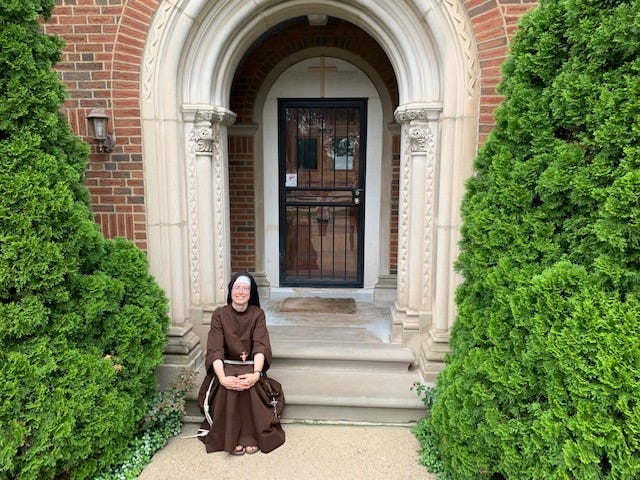 CHICAGO (WBBM NEWSRADIO) -- Sister Stephanie Baliga has been running since she was 9-years old. She was competitive runner in high school and in college, but was sidelined by an injury when she was a sophomore.

"It ripped reality from underneath me. I had really defined myself by running and academics and who I was was defined by achievements and the things that I did. When those things were taken away, I didn't know who I actually was," she recalls.

It was recurring injuries that eventually determined her path, when she said she got the call to serve the church.

"I got involved with the Neuman Center, the Catholic Church on campus. I went on a retreat when my foot was still broken and I had a very powerful experience at Adoration. At that point, that was the beginning of my calling to religious life."

Soon enough she arrived at Mission Our Lady of the Angels, but she wanted to keep her passion for running alive.

"Sister you are amazing. She inspires all of us. She runs every day from building to building. God gives her the strength."

Sister Stephanie Baliga said she always knew she wanted to run a marathon.

The money will go toward the renovation of the school building, the site of the tragic fire that killed 92 children and three nuns in 1958.

"People say 'really?' and I say, yeah, we do normal stuff, like normal people," she laughed.

Baliga said she never could've predicted she could combine her love for running with her life in the church.

"Team Mission of our Lady of the Angels is going to be running until after the point where I can't run anymore," she laughed. "Eighty years from now, we'll still be rocking out there."

Mission Our Lady of the Angels provides community outreach, after school and senior programs and a weekly food pantry, that serves 1,000 families a month.