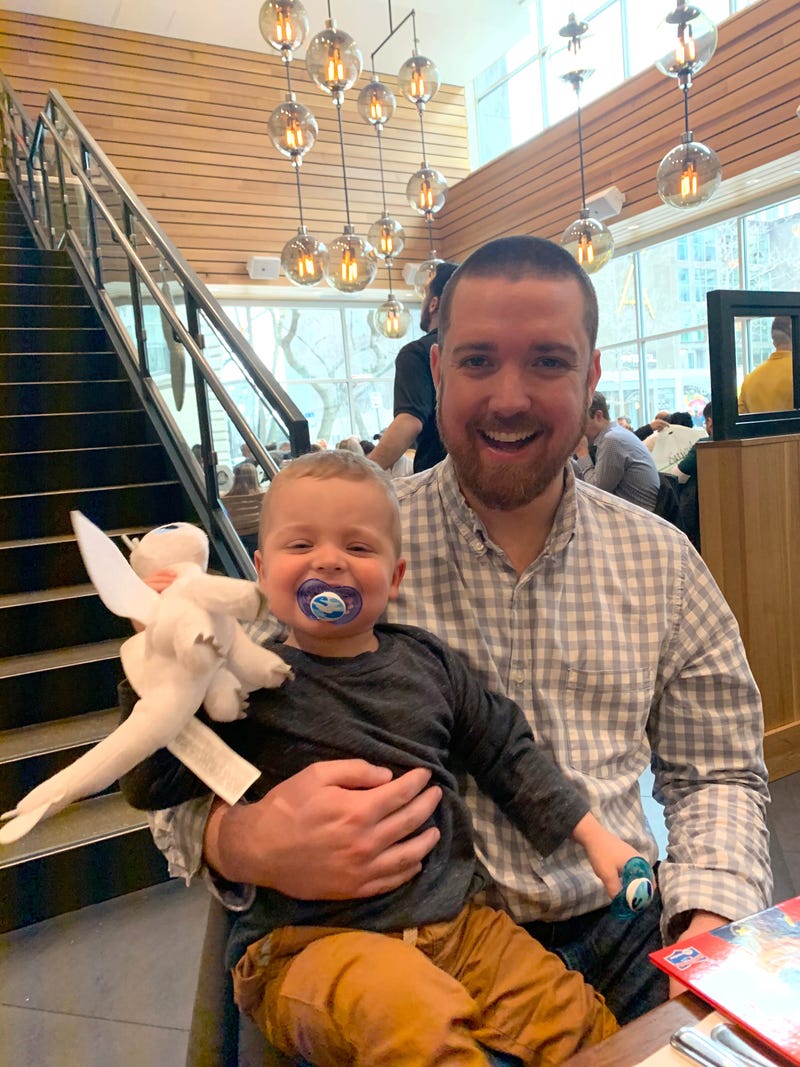 CHICAGO (WBBM NEWSRADIO) -- The family of a Chicago toddler who beat cancer is celebrating his re-birthday today and encouraging more people to sign up to donate bone marrow.

James McCarthy actually turned 3 in September but it was a year ago today he received the life-saving stem cell transplant that helped him beat a rare and aggressive form of cancer called juvenile myelomonocytic leukemia.

Rita McCarthy said the party at a Wrigleyville pizza parlor with family and friends celebrates reaching a point she wasn't sure they'd make it to last year.

Before the party, James met Spencer Hiestand -- the stranger from Kansas City who was a perfect match.

Hiestand signed up to be a bone marrow donor at a blood drive seven years ago and had forgotten about it until he received a call asking if he would help save James.

Spencer doesn't have kids himself but said he thought of his many nieces and nephews and knew he would donate.

Rita and Dan McCarthy explained that Spencer was a friend who helped James get better and the two hit it off right away, with the toddler showing Spencer some of his toys.

Fifty people joined the registry at blood drives hosted by the McCarthys and Vitalant, one of the nation’s oldest and largest nonprofit transfusion medicine organizations, in Chicago this weekend, which also collected about 300 pints of blood.