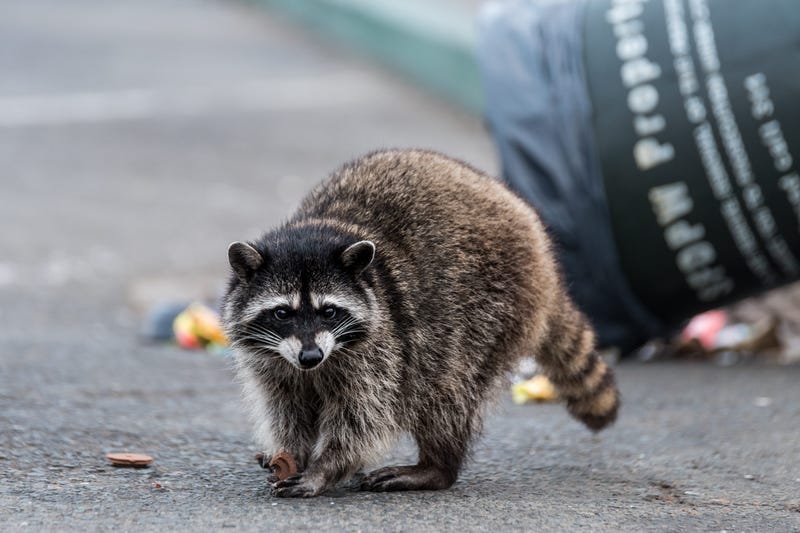 CHICAGO (WBBM NEWSRADIO) -- Chicago Animal Control and the Chicago Park District are asking that people stop feeding the population of raccoons along the lakefront on the North Side.

There may be dozens of raccoons along the lakefront between Belmont and Montrose harbors and they are out in daylight, sometimes being hand-fed by people.

Some years ago, more than 100 were trapped in the area and when CBS 2 went for a visit Monday, they ran into people feeding them, including a man who said he has been bringing them food for years.

“They know him. The climb on him,” another man said. “And he never got bitten or something.”

The Park District and Animal Care & Control are asking that people stop feeding them for their safety and the health of the raccoons, which can carry diseases.

Park District Press Secretary Irene Tostado said in a statement, “We ask that visitors not feed wildlife in parks or along the lakefront for their own safety and the health and wellness of the animals.”

“Chicago Animal Care and Control has not received any service requests for assistance with raccoons from this area. However, since access to food drives the majority of raccoon-related problems, Chicago Animal Care and Control does not recommend that residents feed raccoons or any other wildlife in the city,” the department said in a statement. “In addition, disposing of food and trash properly is essential to preventing nuisance issues involving wildlife.”

Raccoons are protected by state code and there’s nothing on the books that makes feeding them illegal, but it is technically littering and is subject to rules against doing so, according to Chicago Police.