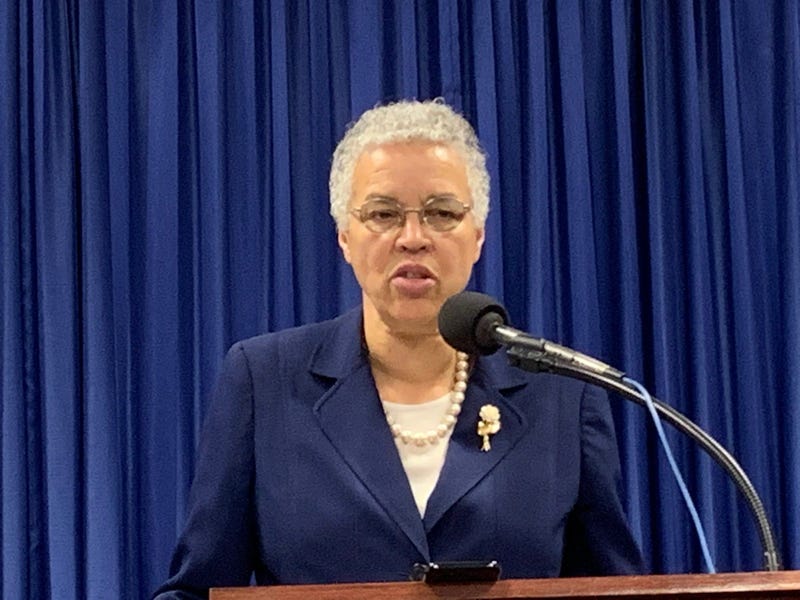 CHICAGO (WBBM NEWSRADIO) -- After years of shrinking its deficits, lasted projections show Cook County's finances are back in the red, because of tax revenue lost to the COVID-19 shutdowns; and officials are working to limit the financial damage.

After some corrective measures in federal help, Guzman said they will still have to make up another $100 million in red ink.

"We first look at what non-personnel expenditures we can reduce through the end of this year; look next to any additional vacancies that can be eliminated or pushed into next year; and then we start looking at other measures, whether that be personnel reductions, furlough days, use of other funding that we have available to us," she said.

County Board President Toni Preckwinkle said officials are trying to close the gap by spending less on contracts and supplies. As for layoffs, she said, some three dozen happened last week.

"We've already, on the health and hospital side, eliminated positions, 70 non-union positions, more than half of which were filled," she said.

How many workers will ultimately need to be laid off is still “to be determined,” Preckwinkle said.

He hesitates to say how bad the gap could be next year if COVID-19 restrictions don't ease or there is a resurgence in cases.

"And there is a very real chance based on historical data that that could happen. You can roughly add about $25-30 per month from what you see here," he said.

"The House passed in May what they call the HEROES Act, and that would provide support for local units of government like ours, who have lost revenue as a result of the pandemic," she said.

Preckwinkle hopes the Senate takes up the measure this summer.

She said she will present a balanced plan to the board in November, and "everything is on the table," including taxes, but no one is talking about that.