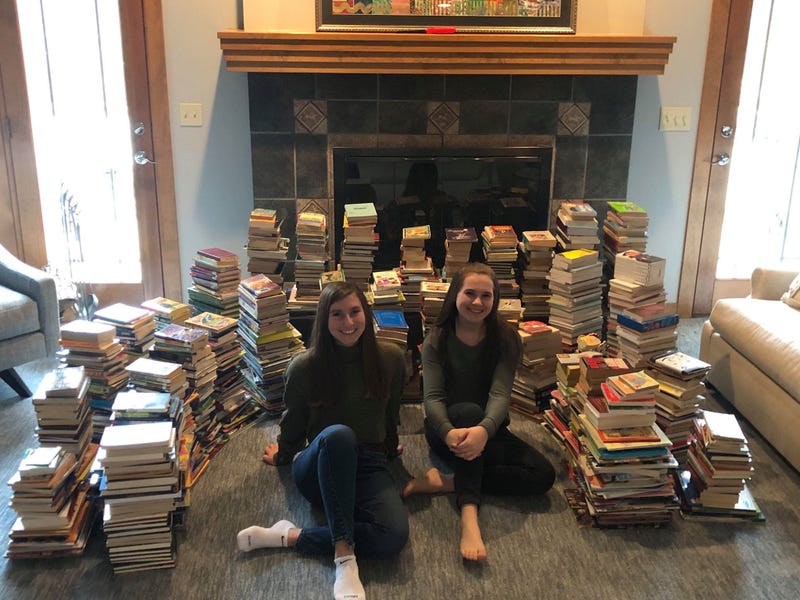 (WBBM NEWSRADIO) -- It was a Spring Break trip to Africa that sparked the creation of a non-profit organization called "Books for the Bush.”

Collecting books and the donations to ship them overseas are Ava Carlson and her sister, Emery, both students at St. Francis High School in Wheaton.

Ava says it was during a stop at a village in Kenya when she decided she wanted to help ease the hardships of life there.

The discussion about forming a non-profit organization started on the plane ride home.

The books that are now shipped overseas are not textbooks, but children’s books in English.

"They need help practicing their English. We had a guide on our safari and he said that English is what took him as far as he could go.  He said that you need English in order to survive there," Emery Carlson explained.

The girls already have stacks of books in their home. Emery and Ava are initiating a book drive at St. Francis in January.

“I hope someday that people hear our names, and they say, ‘They're helping kids in Africa and they're making a difference,'” Emery Carlson said.

Donations to help with the shipping can be made at booksforthebush.org.