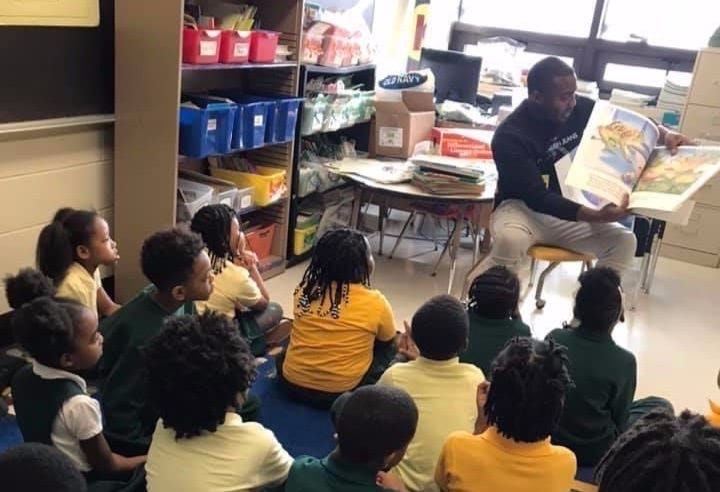 (WBBM NEWSRADIO) -- When Joseph Williams and members of his Mr. Dad’s Father’s Club could no longer go into Chicago Public Schools to read to children because of the pandemic, he adapted.

The father of five from Bronzeville created a weekly story time on Facebook Live and says he likes to think of himself as ”The Black Mr. Rogers.”

“I came up with my own theme song,” says Williams, whose own children helps him with the minimal production.

Growing up without his father around, Williams said he wanted to be in his own kids’ lives.

“They’re right there with the noise, cheering me on,” he said.

Williams said he is getting good feedback on the show.

“I have people walking up on my saying ‘Hey, we watch your show with kids,’” he said. “At first, it was like a couple hundred here and there that would come watch.  We had a few episodes that hit in the thousands.”

Williams says “Read-A-Book Day” is every Friday at noon on Facebook Live.

“I want to boost all children up around the world,” he said.