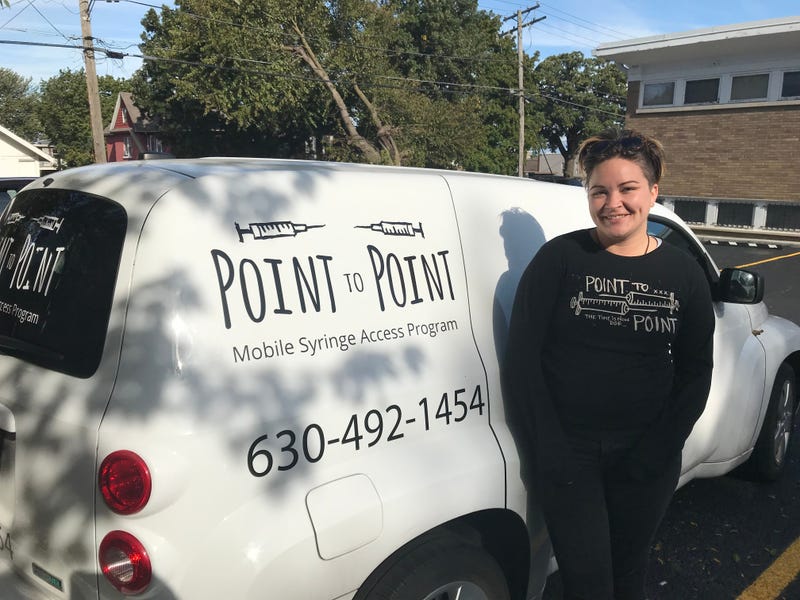 "Point to Point is a harm reduction program which means we understand people are going to be using drugs and we want to try to make it so they do less damage to their bodies," Hartman said.

"Because a lot of people don't realize they are using fentanyl and that's why they are overdosing," according to Hartman. "The testing strips can see whether there is fentanyl in the substance you are using."

She parks her Point to Point van in public places on weekends; sometimes outside the Kane County Coroner's office, sometime outside a health clinic in Aurora.

She said not everyone sees the point of Point to Point.

"The thing I always come back to is that harm reduction is compassion. Someone isn't going to get better if they think their life doesn't matter."

The aim of Point to Point, according to Hartman is to reduce the risk of overdose, infection, and disease. She said there's also an opportunity to talk.

"And sometimes we are the only people in their life who isn't judging them or criticizing them or demanding that they change their behavior," Hartman said.

She said often times she is the first one to get a call when someone is ready to get help.

"If we have a relationship with people where we already know you do drugs and that's off the table, we don't have to deal with that.  We then get to open it up to for this really cool human connection and we get to be there for people and be supportive of people," Hartman said.

Hartman runs her program on donations.