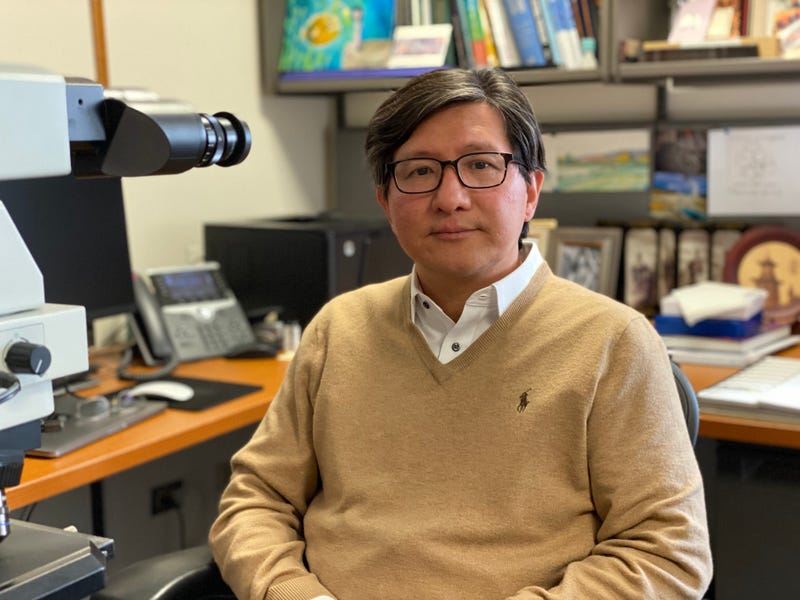 CHICAGO (WBBM NEWSRADIO) — Two months ago, before the pandemic seemed like a threat to Chicago, WBBM brought you the story of a University of Chicago physician who happened to be in Wuhan, China, at the height of the disease there and volunteered his time.

Now, he is helping to fight the battle here.

U of C Pathologist Dr. Shu-Yuan Xiao says he looks back often on his time in Wuhan. He was in his hometown when the outbreak of COVID-19 intensified there. His employers gave him persmission to stay and help.

“I was in constant fear when I was there that I somehow might get infected and I might end up becoming one of those people on the ventilation machine,” he said.

Dr. Xiao has shared his perspective on Wuhan with other pathologists and with epidemiologists here. It is a far different story here than in Wuhan.

“Currently, I’m not saying that there’s no risk. There’s still risk, but I don’t (feel) that kind of urgency,” he said.

Dr. Xiao says things would have been much worse here if governments had not instituted social distancing when they did.

He says when the state and city decide to lift the lockdown, we still should be very careful to keep social distancing.