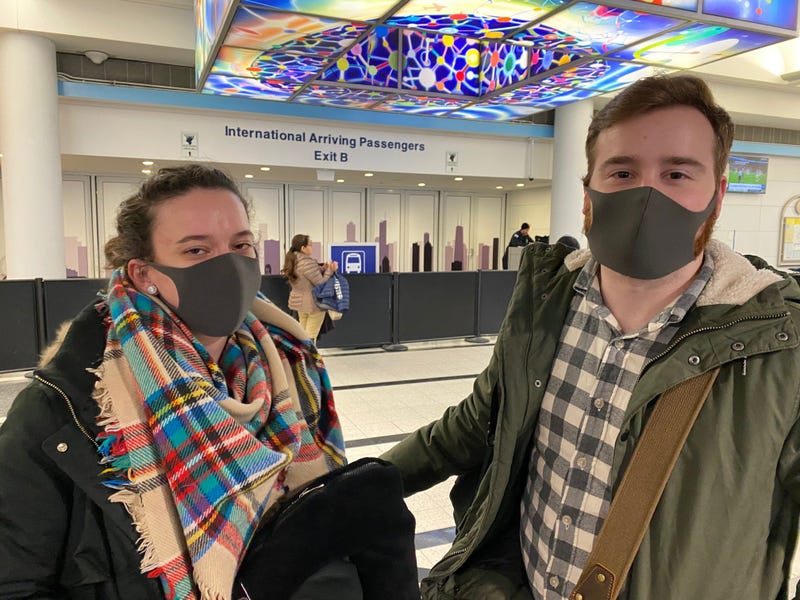 CHICAGO (WBBM NEWSRADIO) -- An infectious disease expert said he was outraged by the way incoming overseas flights were handled at O’Hare Airport over the weekend and he said the federal government is still not doing screening the best way possible.

He said he was upset by the pictures of hundreds of people packed together for hours waiting to be screened for COVID-19 signs by federal staffers.

"I traveled fairly extensively during the Ebola crisis in Africa. I never saw anything like that," he said.

"I was really, really outraged and I was very nervous for the people, not only the people who were waiting in line all jammed together, but also the people that work at the airport."

Dr. Murphy said the United States is backwards in the way it’s doing its screening.

"What is done at virtually every other airport in the world is, you get screened on the jet bridge. You get screened coming off the airplane. Everybody with a fever gets taken away and evaluated someplace else," Dr. Murphy said.

"Here we’re telling people, don’t mix with more than 50 people and here they have thousands of people for up to 6-9 hours together. This is really inexcusable."