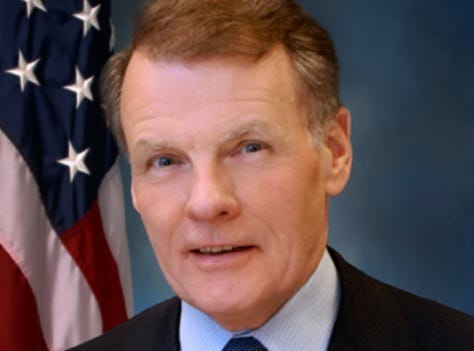 In doing so, ComEd admits it arranged jobs, vendor subcontracts, and monetary payments associated with those jobs and subcontracts, for various associates of “a high-level elected official for the state of Illinois,” to influence and reward the official’s efforts to assist ComEd with respect to legislation concerning ComEd and its business, the U.S. Attorney’s office said in a release.

The U.S. Attorney's Office filed a one-count criminal information Friday charging ComEd with bribery. Under the agreement, the government will defer prosecution on the charge for three years and then seek to dismiss it if ComEd abides by certain conditions, including continuing to cooperate with ongoing investigations of individuals or other entities related to the conduct described in the bribery charge.

ComEd’s admissions regarding the charged conduct are contained in a Statement of Facts attached to the deferred prosecution agreement.  ComEd admitted that its efforts to influence and reward the high-level elected official – identified in the Statement of Facts as “Public Official A” – began in or around 2011 and continued through in or around 2019.

“Public Official A” in a press release implicates House Speaker Michael Madigan, according to the Sun-Times.

“Public Official A controlled what measures were called for a vote in the Illinois House of Representatives and exerted substantial influence over fellow lawmakers concerning legislation affecting ComEd,” the U.S. Attorney’s office said in a news release.

According to the U.S. Attorney's Office, ComEd is resolving the investigation through a deferred prosecution agreement that will include the $200 million fine. A court date for the approval hearing has not yet been scheduled.

In addition to the monetary penalty and obligation to continue cooperating with government investigations, ComEd’s obligations under the deferred prosecution agreement include enhancing its compliance program and providing annual reports to the government regarding remediation and implementation of its compliance measures, the U.S. Attorney’s office said in a news release.  If ComEd fails to completely perform or fulfill each of its obligations under the agreement during the three-year term, the U.S. Attorney’s Office can initiate prosecution of the charged offense.

The criminal charge against ComEd follow months of intrigue regarding the feds’ public corruption investigations and whether their work would ever touch House Speaker Michael Madigan. Exelon and ComEd have previously disclosed subpoenas and a U.S. Securities and Exchange Commission investigation into their lobbying activities.

According to the Sun-Times, the companies have specifically mentioned subpoenas targeting records related to former state Sen. Martin Sandoval.

Earlier this year, Sandoval pleaded guilty in federal court to corruption charges related to the red-light camera company and agreed to cooperate with prosecutors.

Federal prosecutors filed bribery and tax charges on against Sandoval who led the powerful transportation committee, alleging he accepted payments in exchange for supporting costly red-light camera programs across the state. The U.S. attorney's office in Chicago listed the charges against Sen. Martin Sandoval in a two-page filing in U.S. District Court. The 56-year-old Chicago Democrat “corruptly solicited, demanded, agreed to accept and accepted” payments for “continued support for the operation of red-light cameras in the State of Illinois," the document says.

The alleged bribery occurred between 2016 and 2019, when, as chair of the transportation committee, Sandoval wielded enormous influence in how state transportation funds were spent.

Sandoval also was charged with a count of filing a false tax return. It accuses him of misstating his income in a 2017 return when he indicated he made around $125,000. His income "substantially exceeded that amount" and Sandoval knew it, the filing says.

According to the Sun-Times, Sandoval’s plea agreement said he “engaged in corrupt activities with other public officials” and took more than $250,000 “in bribes as part of criminal activity that involved more than five participants.”

Meanwhile, Madigan’s allies have been circled by the feds.