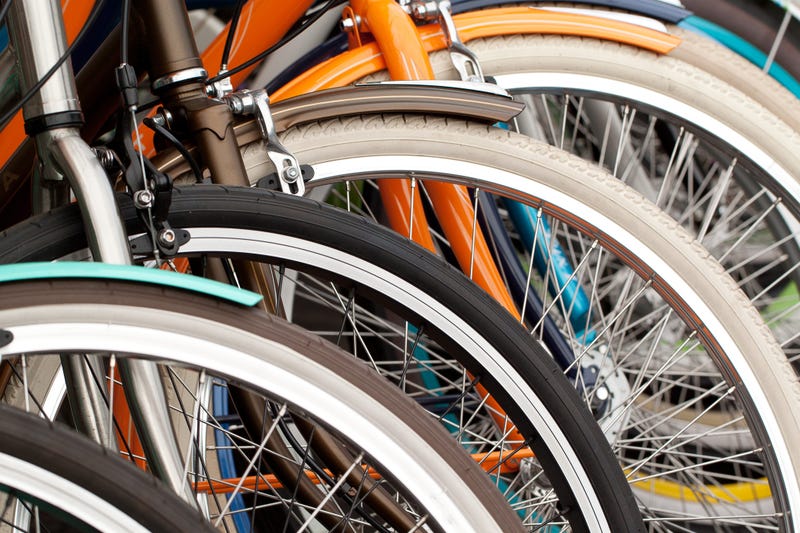 Compared to sales this time last year, Kozy’s Cyclery in River North is ahead.

“Yes, we’ve heard that story many, many times,” he said. “People coming in and (saying) most of the things they want to do are fairly close to their house and they don’t want to take public or even a Lyft or an Uber.”

Jenkins says people are thinking: “‘You know what, this is my bike. It’s my germs. I’m going to get on this and ride wherever I need to go and come back.’”

The store has also sold a lot of indoor bike trainers. Winter is usually the big season for those. With people inside a lot now, he says the shop has sold out, re-stocked and sold out again.

He adds since fewer cars are on the streets these days, newer cyclists feel more comfortable "without so much going on."