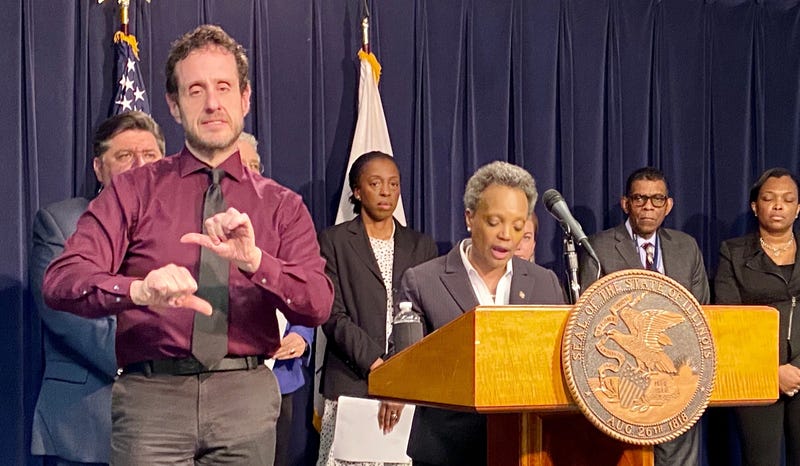 CHICAGO (WBBM NEWSRADIO) -- If you’ve watched any of Governor Pritzker’s briefings on coronavirus, you’ve no doubt noticed Michael Albert: the sign-language interpreter for the deaf.

Albert said Monday he used to think he was a man who enjoyed the spotlight. Now, he’s not so sure.

“I’ve been a little bit chagrined at any kind of attention that’s been paid to me, personally, because this is really just my job,” he said.

Albert says he’s also been surprised by some of the comments posted about him after a news conference.

"My eyes are kind of sunken and heavy-lidded. People compared that to Sylvester Stallone,” he said. “The Screech thing just came out of nowhere.”

That’s a reference to the Screech character from the television show “Saved by the Bell.”

Albert, a Skokie native, has done sign language interpretation for presidents and mayors, besides Gov. Pritkzer. He also has had the emotionally tough job of interpreting for families who have end-of-life discussions.

This is different: “Making absolutely certain that the information is clear and accurate is so vital. It always is, but certainly in the middle of a pandemic, and I’m interpreting to an audience of people I can’t see.”

The sign for coronavirus is one hand over the other. Then one hand opens out and extends.