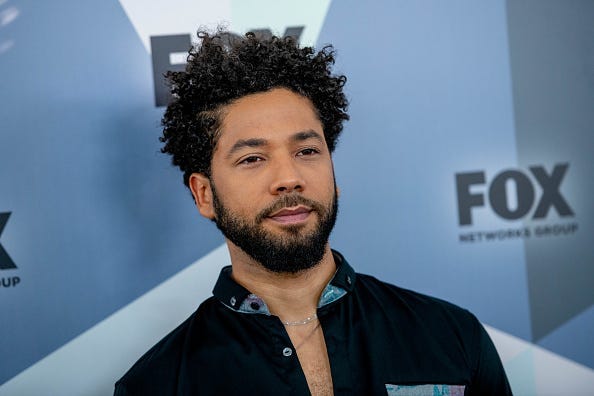 After being cut from the show in season five, Jussie Smollett may be returning to "Empire" for its sixth and final season.

Showrunner Brett Mahoney told TVLine that there are discussions being had about Smollett's return to the show. "It would be weird in my mind to end this family show and this family drama of which he was such a significant part of without seeing him," Mahoney said. "It's fair to say it's being discussed, but there's no plan as of yet to bring him back. There's been no decision made."

The actor was cut from the show earlier this year after alleging an attack by two men in an act of racism and homophobia in January. Upon further investigation, Smollett was then accused of fabricating the story and was charged with making a falst police report. The Chicago Police Department claimed Smollett had orderd the pair to attack him with a plan to use it as leverage for a higher "Empire" salary. The charges were later dropped.

According to the Daily Mail, Smollett completed community service and paid $10,000. Former Mayor of Chicago Rahm Emanuel later tried to sue Smollett to get back some of the money that was put towards investigating the crime.

Discussions of a Smollett return to "Empire" are a completely different direction from the show's stance in June, when series creator Lee Daniels tweeted, "Jussie will NOT be returning to Empire."

@Variety @JoeOtterson This is not factual. Jussie will NOT be returning to Empire. -LD

"Empire" follows the story of a hip-hop mogul, Lucious, as he determines which of his sons will take over his multi-million dollar company. Smollett's role on the show was the character Jamal, Lucious' musician son.