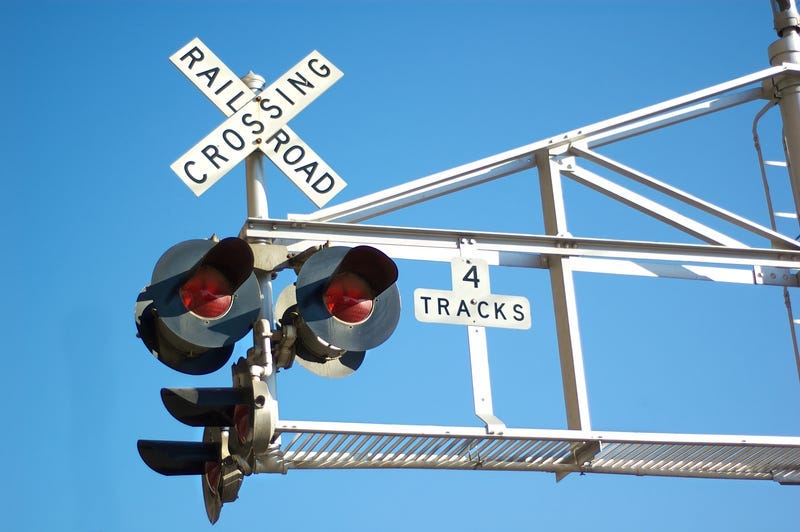 WHEATON (WBBM NEWSRADIO) -- Union Pacific, Metra and the operator of a piece of railroad maintenance equipment are named in a lawsuit claiming negligence when a piece of railroad equipment passed through an open railroad crossing in Wheaton and struck a vehicle, critically injuring a 63-year-old woman, who has been in the hospital for just over two weeks.

The lawsuit claims as Marina Maestas was stopped at a railroad crossing gate at Washington Street in Wheaton on July 29 a Union Pacific pick-up truck went by and the gates went up.  Her lawyer said as Maestas pulled forward, her car was struck by a piece a railroad equipment, a “ballast regulator,” traveling at a high rate of speed and pushed her car 150 feet down the tracks.

She was rushed to Good Samaritan Hospital in Downers Grove, where she remains hospitalized with a head injury, according to the suit.

Attorney Tim Cavanagh said they’re trying to preserve and gain access to all of the evidence in the case.

The suit claims the operator of the piece of railroad equipment drove too fast and failed to keep a proper lookout. The railroad company should’ve had flag men at either sides of the crossing gates, the suit claims.

Metra won’t comment on the lawsuit and Union Pacific says it is reviewing the complaint.

(WBBM Newsradio and the Sun-Times Media Wire contributed to this copy.)