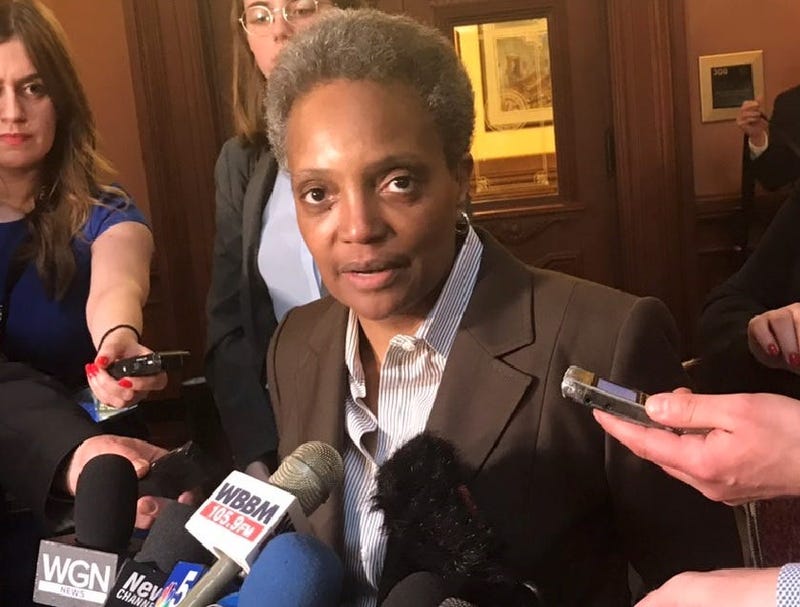 After meeting Wednesday with Gov. J.B. Pritzker and other top elected officials, reporters pressed Lightfoot about her change of mind on TIF projects Lincoln Yards and The 78, which passed the Chicago City Council earlier in the day.

“The votes were clearly there; we understood that,” said Lightfoot, who earlier this week tried to halt pivotal votes.

“We made and extracted some changes that I think are going to be beneficial to the city generally, but particularly to minority- and women-owned businesses,” she added. “We were able to increase those numbers in a material way, and I was very clear with the developers: Enjoy this moment in the sun, because you’re never going to get a deal like this again out of the city of Chicago as long as I am mayor.”

Lightfoot said she favors an elected Chicago school board, but not in the form laid out in a bill that passed the Illinois House.

Asked several times about Downstate Republicans who want Chicago to secede from the rest of the state, she replied, “God bless them,” adding the idea is going nowhere.