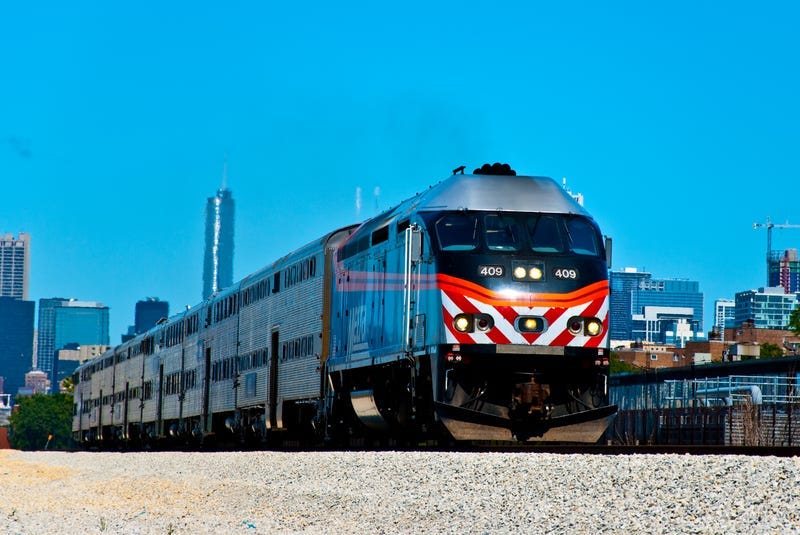 CHICAGO (WBBM NEWSRADIO) -- We’re coming upon the traditional end of summer and Metra is still struggling for riders as most people who used to work downtown are still working from home.

Metra CEO Jim Derwinski said ridership is at about 25,000 rides per day or 10 percent of the pre-pandemic normal. He said there was a slight uptick in ridership in the past week, but not even enough to move the ridership level to 11 percent.

Still, Derwinski thinks ridership could improve to 30 percent of normal by the end of the year, as some people return to work downtown.

"What we’re looking at is the potential of getting to 30 percent by the end of the year. There’s some variability in there that, obviously, they have no control over. One’s going to be offices in the Central Business District allowing greater than 25 percent of their employees to come back," he said.

"We haven’t seen yet any indication of when businesses are going to start allowing employees to come back, and whether or not the footprint that they have in the current building is going to stay the same or shrink."

Derwinski said Metra hopes to see ridership around 60 percent by the end of next year.

He said Metra sanitizes trains every day and is installing hand sanitizers in every car.

Meanwhile, DePaul University transportation expert Dr. Joe Schwieterman said Metra will have to prepare for changes in what is considered normal.

"People are going to be more flexible, making midday trips. They, perhaps, may have more desire for speed since they’re traveling off-peak. Driving may be more attractive," he said.

Schwieterman is the director of the Chaddick Institute for Metropolitan Development at DePaul and said the return of commuters will also involve people not being leery of being around others in greater numbers.

"It’s really an open question on when and how people will feel comfortable. I do think something will eventually click with people. We’ll have vaccines. We’ll have normalcy. There’ll be a sense that their friends are traveling. Maybe I can do that now," he said.

Schwieterman said his earlier optimism about the return of riders has been tempered lately.

"It’s going to take some time, but even then, if we look at year or two perhaps we’re only going to be at 70 percent of ridership we have now. That’s a big drop for a system that had already lost some riders even before the pandemic," he said.

Money comes into play, as well.  Metra CEO Jim Derwinski said Metra received more than $479 million in CARES Act funds, which he said, should last through next year.

Should lots more riders start returning, he said, Metra may need to add extra trains if "physical distancing" is still required. Currently, he said, capacity per rail car is about 50 riders and the length of a train is six to nine cars.