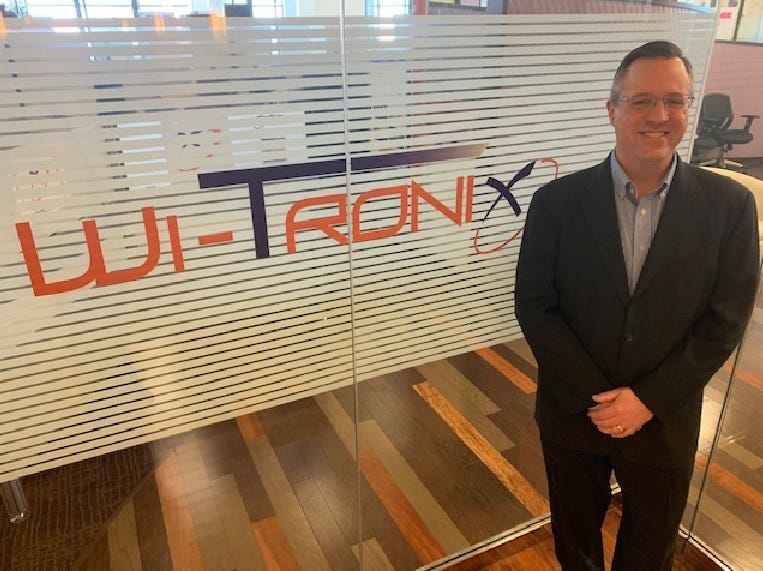 BOLINGBROOK (WBBM NEWSADIO) -- It's the black box on board thousands of freight and passenger trains across the country and it's designed, manufactured and tested in Bolingbrook.

"Trains are one of the oldest modes of transportation. It's been the lifeblood of commerce, and it's advanced so much over 150 years," said Larry Jordan, president and co-founder of Wi-Tronix.

"I've always been interested in transportation and when I was in college, I got the rail bug. I saw that technology was much more advanced than what we see when a train goes by.”

Wi-Tronix began in 2005 in Jordan's basement.

"We started out writing software and building equipment. We even had a couple of interns," Jordan said, laughing. "It then grew into something very family-oriented.

“We have about 125 folks in our facility in Bolingbrook and a few folks that are spread around the country and around the world."

Jordan and his staff equip trains with a device that can alert a railroad to trouble beforehand.

"Our latest product is the black box for the locomotive, basically the flight data recorder. We are transitioning to have that always connected to the cloud and the internet so we can use that data not only when there is an incident but also use it every day to help eliminate and detect problems -- not just when something catastrophic happens."

Through audio warnings, video feed and a little artificial intelligence, Jordan and his team are working to make passenger and freight trains safer.

"The engineers and the conductors are still running the show and operating the train, but they have a lot of computers making sure they operate the train safely. The system provides assistance to the engineers if there is a condition that they need to know about. For example, a weather alert, maybe a flash flood alert. There is also an alert if they are speeding or if they've lost track of where they are."

Jordan said the future of freight and passenger transportation is bright as more commuters give up cars to lessen their carbon footprint and chose a safer way to get from point A to point B.