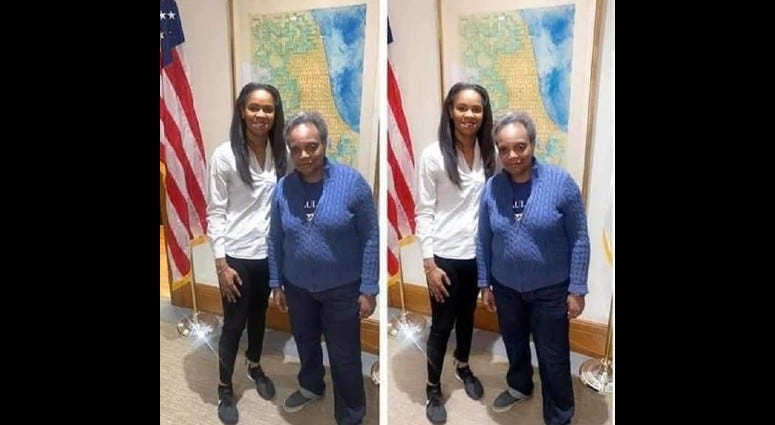 CHICAGO (WBBM NEWSRADIO) -- Mayor Lori Lightfoot defended getting a haircut over the weekend, even though salons and barber shops are closed under the Governor's stay-at-home-order, after pictures circulated on social media.

In one of the Mayor's lighthearted social media videos, part of the "Stay Home. Save Lives" campaign, she said getting your roots done is not essential. It was noted it sounds like a contradiction and sends a mixed message.

When asked about photos on social media showing, Lightfoot acknowledged getting a haircut, then said the public cares more about other issues.

"Yeah I got a haircut. I am in the public everyday and candidly my hair was not looking the way that it did, I thought maybe I would do it myself, but I knew that would be a disaster, but I think what people really want to talk about is, we are talking about people dying here," Lightfoot said. "We’re talking about significant health disparities. I think that’s what people care most about."

She was asked about it by a pool reporter four times and her patience was wearing thin.

"I am the public face of this city. I am on national media and I am out in the public eye. I take my personal hygiene very seriously. As I said, I felt like I needed to have a haircut. I am not able to do that myself, and so I got a haircut," Lightfoot said. "You want to talk more about that?"

Governor JB Pritzker said he has not had a haircut.

"I actually feel like I am getting a little shaggy. I am going to turn into a hippie at some point here," he said.

A frequent critic of the Mayor, Alderman Carlos Ramirez-Rosa tweeted this is a bad example for our city.

We're struggling to get people to follow Stay At Home. Mayor Lightfoot violating the order and making excuses for herself makes that harder. I'm highly disappointed in @chicagosmayor and I hope she will make it clear that no one is above the order. https://t.co/m3nQmLf26E