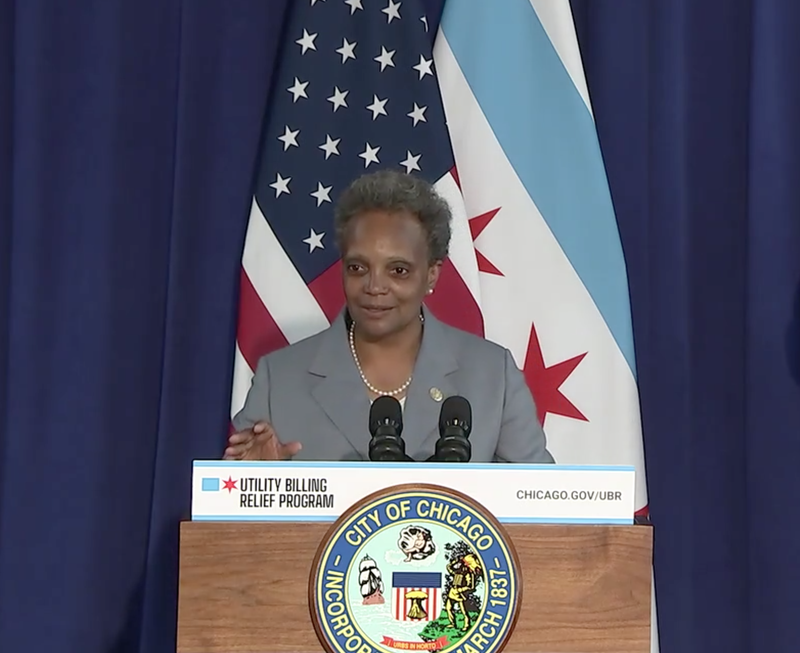 CHICAGO (WBBM NEWSRADIO) -- Mayor Lori Lightfoot said people and businesses are getting the message about COVID-19 restrictions and health orders, one way or another.

Monday was the beginning of the Chicago Department of Public Health's travel order, saying people who travel to Chicago from places experiencing a surge of COVID-19 cases must quarantine for 14 days. But, Lightfoot admits it’s more about education than enforcement.

"This is about educating people into compliance. We are not going to send teams out to site people for violations," she said.

The Mayor issued a warning to bars, restaurants, and other businesses last week about masks and social distancing, and her teams made good this weekend.

"I think they got the message," Lightfoot said. "By and large it was a pretty good weekend, but we were out there aggressively doing investigations and follow-ups based on complaints we received."

Reportedly five businesses were cited and a Lake Michigan party boat was shut down over the weekend.

Mayor Lightfoot said she wasn’t playing about businesses adhering to health guidelines as they reopen, which probably explains her reaction on hearing a Lake Michigan party boat was obviously ignoring the rules.

"I won't use the term that I used when I heard about it. That was unbelievably irresponsible and there is going to have to be consequences for them," Lightfoot said. "They had no pretense of social distancing. They had every single person that was on that boat - I think almost 100 people - crammed into the top deck."

And if you are thinking of a day at the beach during this heat spell in Chicago, the Mayor said think again.

It’s true that beaches and some pools have opened in other parts of the country, even those with surges in COVID-19 cases. But, Mayor Lightfoot said don’t expect beaches to reopen here anytime soon. Still, splash pools will open at the parks, she said.

She said the problem is that people tend to congregate at beaches and pools, and not be socially distant.