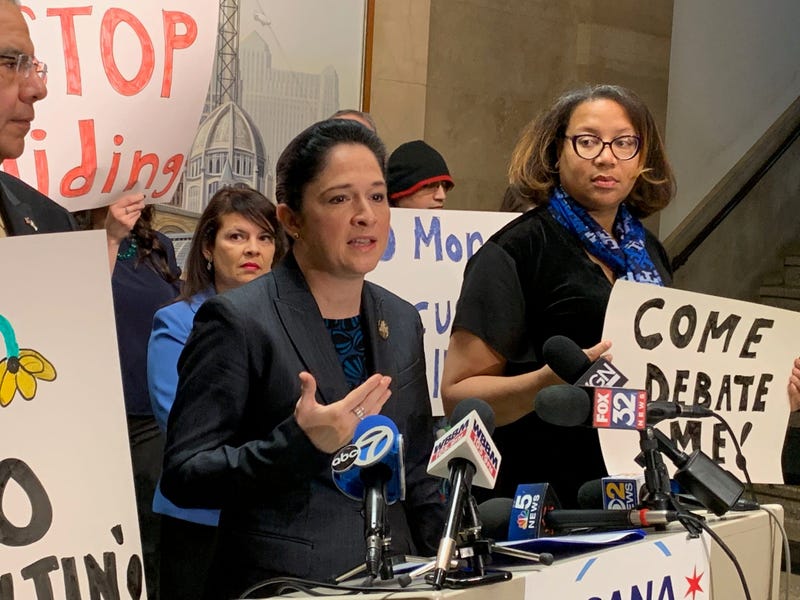 CHICAGO (WBBM NEWSRADIO) -- State Comptroller Susana Mendoza says an omnibus bill that the legislature approved this past weekend will help hospitals being strangled by the "Managed Care" system.

Comptroller Susana Mendoza was touring Jackson Park Hospital the same day the General  Assembly was voting to send legislation on Managed Care Organizations to the governor.

Hospital CEO Dr. William Dorsey said MCOs have been denying more health care claims than ever — after the hospital has delivered the services.

Mendoza’s part of the legislation would put those denials under greater scrutiny. Mendoza says her office has been paying every health provider bills it's received.  But MCOs have been denying claims and holding the money.

"On average, most hospitals that do not deal with MCOs are getting a two percent denial rate, whereas on the MCO side it's a 26 percent average; how do you explain that?" Mendoza said.

She said legislation that is now before the governor would shed more light on the process… one that hurts safety net hospitals especially. She agrees the bill is not a solution to the problem, but it is a start.

We passed an omnibus healthcare bill that will eliminate a multi-year Medicaid backlog, and build transparency and accountability into the healthcare system — because health care is a right, not a privilege.

Gov. Pritzker applauded the measure, one of many that passed over the weekend. He is expected to sign it into law.