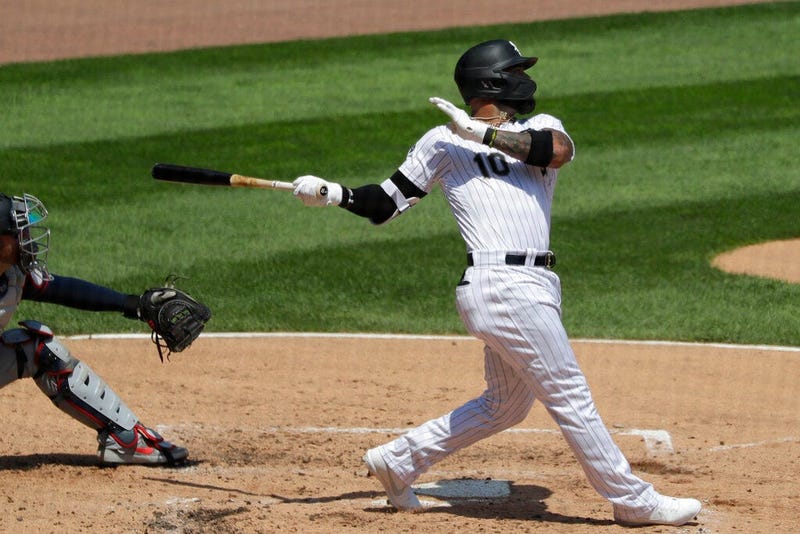 No one on the Chicago White Sox seemed to mind.

García homered from both sides of the plate, and Chicago pounded the Minnesota Twins 10-3 on Saturday.

Keuchel won his White Sox debut while throwing to McCann in a battery comprised of former teammates at the University of Arkansas. But the diminutive García, listed at 5-foot-8 and 185 pounds, stole the show with his second career multihomer game.

“I’m not trying to hit the home run. I know what I can do,” García said.

Edwin Encarnación hit a two-run drive as the White Sox bounced back nicely after losing 10-5 to the reigning AL Central champions on Friday night. McCann and Eloy Jiménez also went deep on the second day of the pandemic-delayed 60-game season.

Keuchel, who agreed to a $55.5 million, three-year contract in December, allowed two runs in 5 1/3 innings. McCann finished with three hits and two RBIs.

Nice day for a pair of Razorbacks.

“I thought it was pretty good,” Dobnak said. "A few I kind of let get away from me a little bit, but overall I thought the slider was doing what it was supposed to be doing.”

After Dobnak (0-1) departed, the White Sox jumped all over Zack Littell. García led off with a drive to right-center. With José Abreu aboard after a two-out single, Encarnación and Jiménez hit consecutive homers for a 5-0 lead.

It was Encarnación's first hit for his new team after he signed a $12 million, one-year contract with Chicago in free agency. Jiménez's drive to right hit the top of the wall and skipped over.

Littell allowed four homers in 37 innings all of last season.

“They were a very talented team last year and they’ve only gotten better," Twins manager Rocco Baldelli said. “You look at different parts of their lineup, they’re dangerous. A lot of their guys that are young and developing are making adjustments that you can see.”

Minnesota chased Keuchel (1-0) in the sixth, and Cruz hit a three-run shot off Steve Cishek. But the White Sox poured it on against the Twins' bullpen.

McCann singled in Adam Engel before García belted a three-run drive off left-hander Devin Smeltzer in the seventh, making it 10-3 White Sox.

It also was the 11th time a White Sox player had connected from both sides of the plate in a single game.

“It was just a nice contribution across the board with everybody,” manager Rick Renteria said.

The White Sox announced right-hander Carson Fulmer had been claimed off waivers by Detroit. Fulmer, who was selected by Chicago with the No. 8 pick in the 2015 amateur draft, was designated for assignment on Thursday.

Kenta Maeda makes his Twins debut in the series finale Sunday afternoon. Maeda was acquired in a February trade that moved hard-throwing prospect Brusdar Graterol to the Los Angeles Dodgers. The Japanese right-hander went 10-8 with a 4.04 ERA in 37 appearances last season. Reynaldo López pitches for the White Sox.