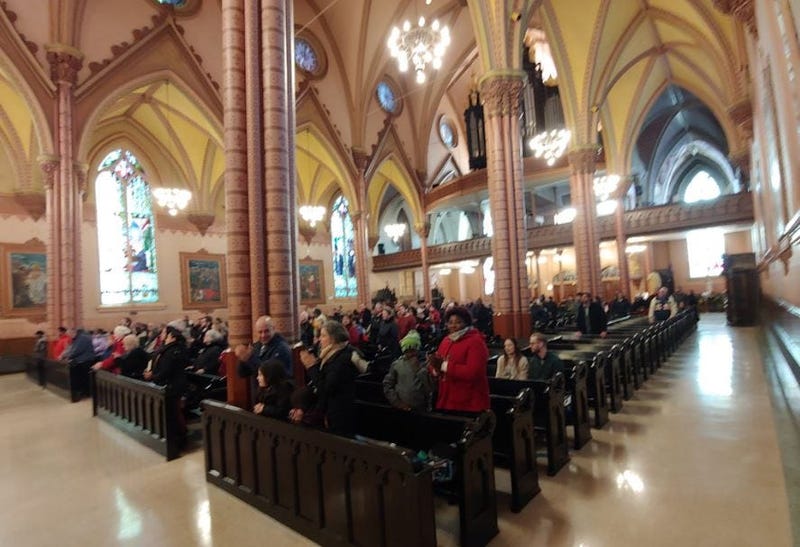 Gloria Guido came back to the church at 1080 West Roosevelt Rd. where her husband served as an altarboy 11 years to the day that he died. She now lives in Bridgeview but said "just because people do move out of the neighborhood doesn't mean that they don't care about it."

Lettece Lee has been coming since the church was saved from demolition in the 1990s by a massive fundraising effort. She says her fellow parishioners love one another - unlike her experience at Notre Dame de Chicago, the nearby parish the archdiocese wants Holy Family to merge with as part of a reconfiguration.

The cardinal's liaison for the Renew My Church told parishioners on Wednesday that the last 9:45am Sunday mass would be in July.

After that mass Sunday, parishioners signed a petition asking the cardinal not to eliminate it. For the time being, Holy Family would continue to have a 5pm mass on Sundays, as well as host weddings and baptisms.

Holy Family is Chicago's second oldest Catholic church and one of only five public buildings to survive the Great Fire.