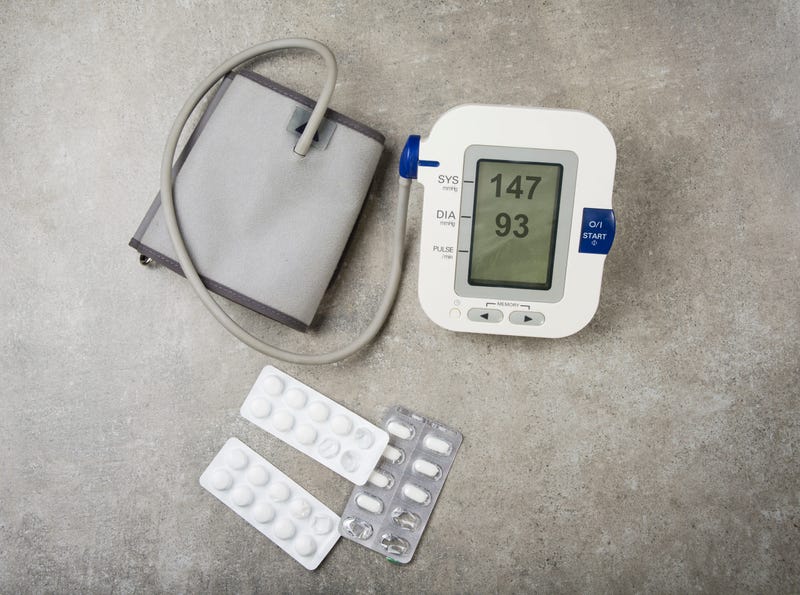 CHICAGO (WBBM NEWSRADIO) -- African Americans in the United States have the highest prevalence of high blood pressure in the world, and in this country alone, more than 40 percent of them have hypertension.

This puts them at greater risk of having stroke or developing heart disease.

In Chicago, the picture is particularly grim. According to the American Heart Association, the number of African Americans here are more likely to die from strokes than any other group.

One Chicago-area health care tech company is trying to change that. Omran Healthcare has begun a campaign to educate people in Riverdale, West Pullman and North Lawndale about the dangers of high blood pressure so they can stop problems before they happen.

Omron representative Carol Lucarelli said the effort is part of Omron’s "Going For Zero," which aims to eliminate strokes and heart attacks by making their blood pressure monitors available to communities that might not otherwise have access to them.

“Generating awareness, creating education and making that connection to behavior change is all something that can stem from understanding their numbers and moving away from taking their blood pressure to monitoring it,” Lucarelli said.

Researchers aren’t sure why African Americans have such high rates of high blood pressure. Environment and social pressures are some factors. They also believe that the population may have a gene that makes them much more sensitive to salt, the AHA reports.

On the South Side of Chicago, communities also lack access to fresh, healthy food and high-quality medical services.

“Thankfully, a lot of grocery stores are starting to pop up in these neighborhoods but the lack of having a good grocery store that has healthy options instead of your corner store that has processed food [is a leading cause],” said Renee Matthews, a medical educator known for her Ask Dr. Renee YouTube show.

She said residents need to know their blood pressure numbers in order to make positive changes to their lifestyle, such as exercising, changing diets, shopping at healthy stores and keeping that number in check.

The number she refers to is 120/80 mm Hg, or what doctors consider normal blood pressure. There are two numbers to know: The top number, or systolic, is the pressure when the heart beats. The bottom number, or diastolic, is the pressure when the heart rests between beats. High blood pressure is a pressure of 130 systolic or higher, or 80 diastolic or higher – and when that stays high over time.

“It’s horrible, but high blood is the leading cause of stroke, so the higher the blood pressure, more likely you are to have a stroke,” Matthews said. “If you can monitor your blood pressure, it can save your life.”

The problem comes when people not only do not know their blood pressure number but also do not wish to know for fear of the outcome, Matthews said.

Knowledge and accessibility to better food also can help residents suffering from high blood pressure, she said, as well as changing the cultural eating habits.

Lucarelli that by providing education and resources for residents, they can turn a new leaf and make lifestyle changes before it’s too late.