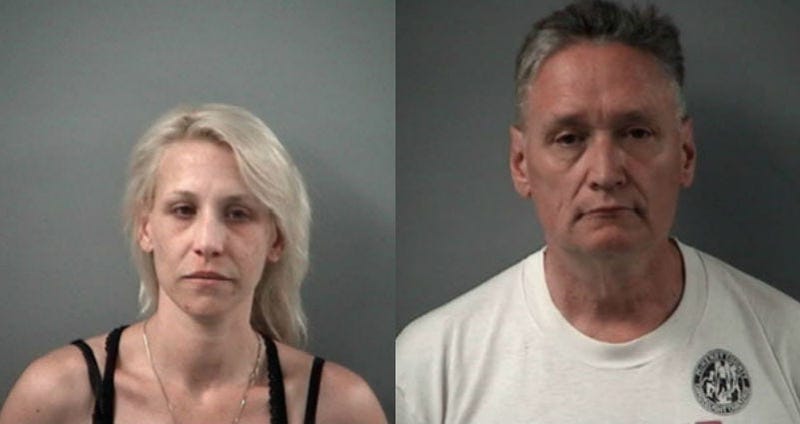 CRYSTAL LAKE (WBBM NEWSRADIO) -- A $5 million bond was set Thursday for both parents of Andrew "AJ" Freund, following charges related to the death and disappearance of their 5-year-old son from their home in Crystal Lake, Illinois.

The body of who police believe is Andrew "AJ" Freund was found Wednesday, wrapped in plastic, and buried in a shallow grave near Woodstock, about 7 miles from his family’s home.

His parents, 36-year-old JoAnn Cunningham and 60-year-old Andrew Freund Sr., have been charged with his murder. The two appeared separately before a judge on Thursday for bond hearings. Cunningham cried as the judge read the charges against her, while Freund Sr. sat silent minutes later.

Bond for parents of #AJFreund set at $5m each. @WBBMNewsradio

According to a criminal complaint, AJ Freund died three days before his parents reported him missing. The Crystal Lake boy was reported missing on April 18, but it appears he died on April 15.

According to court documents, both JoAnn Cunnigham and Andrew Freund Sr. forced AJ into a cold shower "for an extended period of time", and the 5-year-old was repeatedly struck, leading to his death.

Freund, Sr. faces an additional count of concealment of a death. Court documents allege he buried his son's body.

If they post bail, they would be placed on electronic monitoring and were told they cannot contact each other or anyone under the age of 17, must surrender any firearms, and would have to submit to random drug tests.

The two were next expected to appear in court April 29.

Crystal Lake Police said during the overnight hours on Tuesday, investigators with the Crystal Lake Police Department and the FBI interviewed both JoAnn Cunningham and Andrew Freund, Sr., after information was obtained through a forensic analysis of cell phone data.

"Once presented with the evidence obtained by investigators, both JoAnn and Andrew Senior, provided information that ultimately lead to what we believe is the recovery of deceased subject, AJ," said Crystal Lake Police Chief James Black.

According to the parents, AJ was last seen around 9 p.m. last Wednesday, April 17, when they put him to bed. His father, Freund, Sr., reported him missing the next morning.

Three days into the search, police began focusing their search on the family’s Crystal Lake home, saying they do not believe the child was abducted or that he left the house on foot. Police also said AJ's mother, JoAnn Cunningham, was not cooperating in the investigation.

The Freund family has a long history with DCFS, after AJ was born with opiates in his system in 2013. He was placed in foster care in 2013 when he was about a month old, but DCFS returned him to his parents about 18 months later. Two later complaints to DCFS about abuse and neglect were deemed unfounded.

Read below the past five years’ worth of police calls for service at the Freund residence: