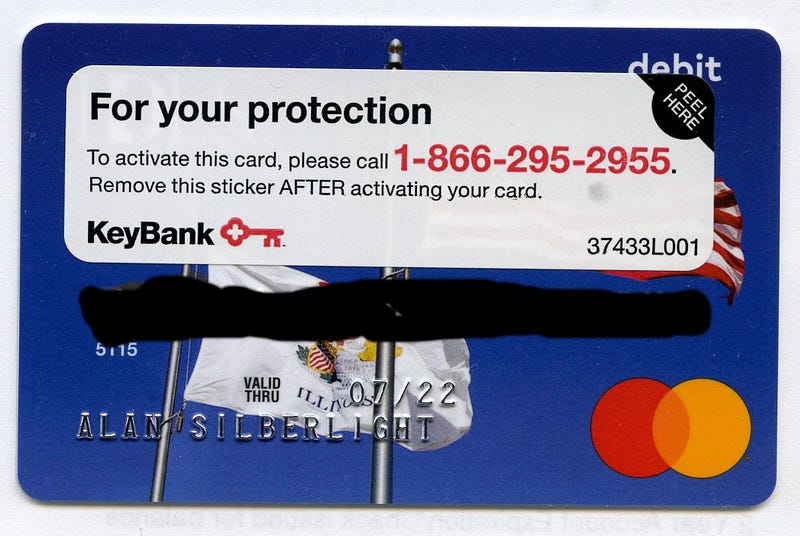 (WBBM NEWSRADIO) -- As Illinois residents wait and wait for unemployment checks, a Pennsylvania man is trying to find out how he got a debit card in the mail a couple of weeks ago from the Illinois Department of Employment Security.

He and his wife did travel to the state three years ago to attend a Barry Manilow concert.

And yet he was sent a debit card, presumably from IDES, the agency that administrates jobless benefits. The department was swamped during the pandemic as businesses shut down. Gov. JB Pritzker has faced questions about why some jobless people continue to have problems.

Silberlight says he tried to report it to the department. Someone called him back last week.

“And after a few seconds she said, ‘Can you hold the phone a second?’  I said yes.

“After about two minutes the call got disconnected. She never called back, which I can’t believe because she had my name and number right out in front of her.”

Silberlight said Thursday if it’s an error on the part of the state of Illinois, somebody should correct it.

And if it’s a scam, it’s not clear how that works. Some observers think it's linked to identity theft.

WBBM Newsradio has reached out to IDES for comment.